It’s crazy to know that it’s been over a decade since the Tobey Macguire Spiderman series, and the fact that the lingering stench of the final movie of that franchise ruined what could have been an overall great Trilogy, which is rare in Hollywood. When the franchise went with Andrew Garfield, there were questions about how he’d be able to handle the role, and with the first movie of the new franchise ending up as a dud, my skepticism went high, no lie, you know this..BALLIN (I couldn’t resist). What made the Tobey series great was not just the personality of Peter Parker, but it was how the stories were formulated and how the characters meshed (it helps to have great casting, for one). Green Goblin & Dr. Octopus? Come on; nothing but great, and you had Peter Parker in his nerdy element that Tobey fit well. Clearly, there was a different direction for this franchise (including the leading love lady being Gwen and not Mary Jane), but for generation’s sake, it makes sense. The problem I had with the previous movie was that it was just missing substance, and hopefully with the sequel, they’d make those corrections. 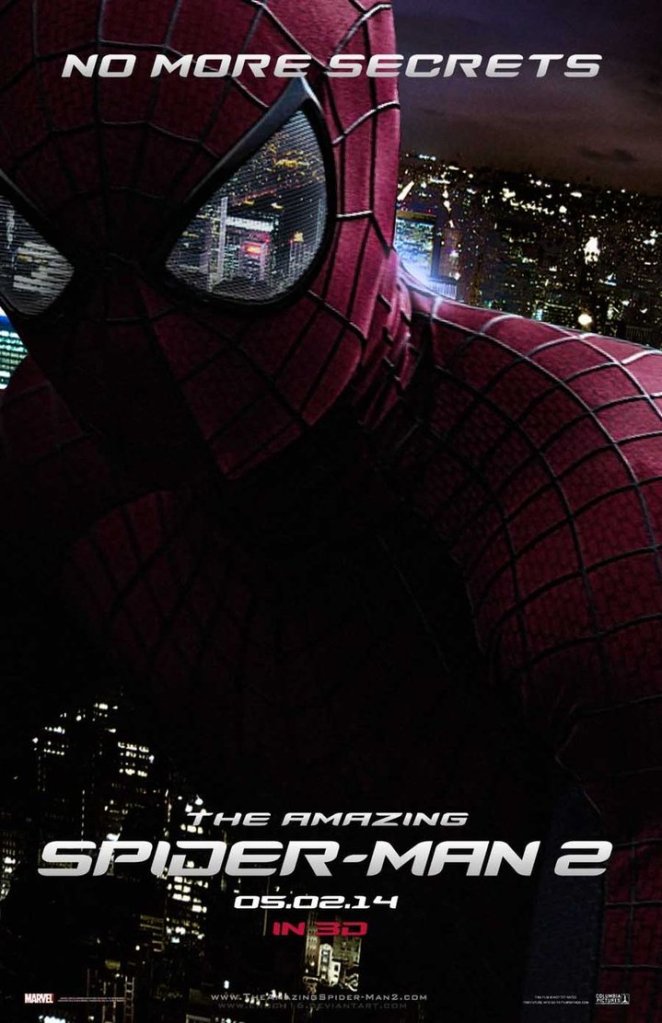 Plain and simple, this movie exceeded my expectations from the get go, and came through delivering a great sequel that may have just restored faith in the new franchise for the beloved Web-slinger. When a hero has choices to make, and also when it seems a web of unknown comes out of nowhere in an instant, the struggle between conflicting personalities clashes, and then questions come into play. It’s a common narrative with superheroes when they’re faced with great deals of conflict that happen to affect the lives of others that they’re trying to protect the ones they love (Bruce Wayne with Rachel, Tony Stark with Pepper, etc.), but there’s also the unknown pieces surrounding a troubling backstory that often enhances a story and the character. In this instance, it revolved around Peter’s parents and how they tied into the world that Peter fell into. I like how things were tied in together, but casting outside of Andrew and Emma (Stone) was questionable. Jamie Foxx is one that’s very hard to take seriously when he’s supposed to be a bad guy, because naturally he’s just funny, but because of graphics and effects, that helped, sort of, make him into a more menacing figure. Dane DeHaan (The Place Beyond The Pines; Lawless), on the other hand; not gonna lie, I’m not a big fan of his, and I’ve seen him in a few movies to this point. His role as Harry Osborne seemed anti-climatic to me, but there were signs of authenticity with his role. Could have found a better person to play Harry (I mean, James Franco did a pretty damn good job in the previous series).
The most important thing was that Andrew Garfield has the charm and personality for the newer, cooler, yet still Nerdy, Peter Parker that fits into this generation’s age of youngins and teenagers. The role of Spiderman in this go around has a more ‘person of the people’ personality, and he’s not that much looked as the vigilante disrupting the peace, but the hero that saves the people, and is embrace by most of said people. The chemistry between him and Emma Stone, who returned as Gwen Stacy, had a down-to-Earth feel that tied into the modern-day social network environment that circulates us – it just happens to be that it’s more complicated than 99% of said relationships that have ‘first world problems’. Sally Field as Aunt May is not a role to be overlooked as well, because there’s a scene that brings out the waterworks a little bit (stupid allergies), and overall you’re on the edge of your seat, you laugh a bunch, you feel sad, and overall – entertained. This is for everybody (there were toddlers in the theatre as well, so that just creates my point), and it’s a great way to begin the month of May which will probably be one of the best months for movies this year, and there’s still a lot more to go. But for now, go out, spend some money, and above all – Enjoy.
That’s My Word & It STiXX