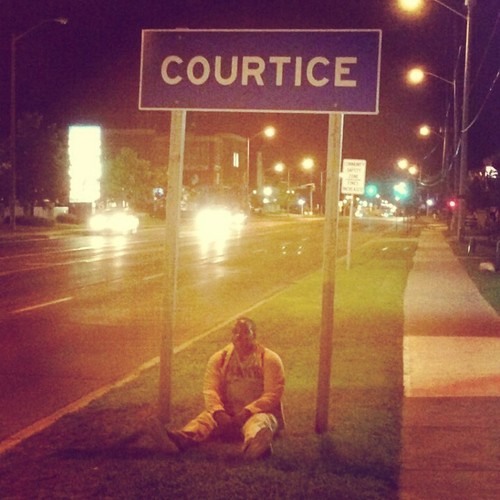 I was passed on this mixtape by my boy Matthew, and it took me a bit to get around listening to it, but if he didn’t frequently keep checking up on me to listen to it, I wouldn’t have got around to it as soon as I thought, so shout out to him. As for the artist whom the mixtape belongs to, I had really no expectations, because I just keep an open, unbiased mind. He hails from Courtice, and I really had to look it up on a map as to where that was, because I’d never heard of that city in my life (It’s about 2 hours East of Toronto), so I really didn’t know what to expect.

“When I went away to school, things got very dark and that’s what The Food Drive is about; those two years of darkness I was in and a lot happened in those years so this album picks up right in September 2010. I really feel like its biography about me. They’re a lot of metaphors I use to make things seem less dark; I really feel me coming from a small town is what separates me.” – Oseko

The hunger that comes across his voice when the mixtape starts off gave me a sense that he had something to say, because the project was emotionally driven. Although the beats weren’t original, I appreciated the fact that he used beats from Jay Electronica & Blu tracks (to name a couple – I won’t spoil the rest) because they are a couple of examples of rappers who bring heartfelt tales to the tape. This mixtape isn’t on their level per say, but it’s pretty good in driving in a story for the listeners to hear. My favourites on the tape are Black Sheeps, How I Got Over, and Courtice based on how he was able to flow well over some dope beats and the delivery. I was impressed the first time around, so I hope that he continues to grow and improve. No telling where he may go, but I hope it goes well. Check out the tape, and appreciate some springing Canadian talent. Enjoy