Toronto is one of the largest markets in the world in different industries, and one industry that seems to struggle with but is on the rise is our music – we have the talent, and there’s no debate about that, but I’m not here to praise that, because what everyone is talking about and what no one is doing about is the overall exposure of the individuals in this city. Now, I don’t have an ear into every corner of every artist in the city that’s ‘making moves’, but when you look at what was and what should have been – Toronto’s competitive Hip Hop scene (yes, I’m just focusing on Hip Hop) is non-existent. I’m convinced that the term ‘too many rappers, not enough fans’ was born in the city, because that’s seriously the case. When you have all of these individuals, but no one has openly come out to say that they’re next, you’re putting yourself in the shadow of Aubrey instead of creating your own lane. 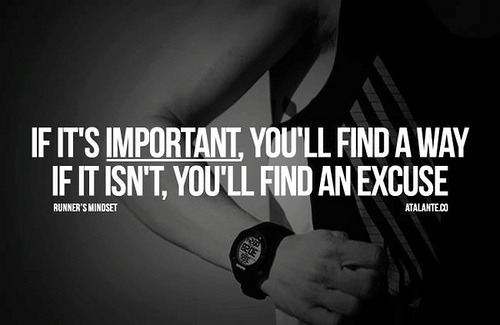 Here’s the problem – for one: we, the fans of Hip Hop in Toronto, are so exposed to great music heard from our neighbours to the South that the artists up here feel the need to try and adapt their sound to match them in hopes that we’ll like them as well – no, that’s not the case; be original. We don’t need you to be like them, because we like them for a reason. It doesn’t makes sense to like you if you sound like them and you don’t sound half as well as them – capisce? Originality somehow got lost in the shuffle and a term that we (the West Indians) like to call ‘follow fashion’, took over on a greater scale. I mean, When Drake dropped So Far Gone and that was when he blew up, where was Page with TYPD? Where was A-Game? Where was Luu Breeze? Where was JD Era? Where were these artists that are all now still lingering in the shadows, when Drake was staking his claim to being the King of the City? I mean, when you have a track called The City Is Mine, you’d expect someone to come out and say “no it’s not – I run it”, but did that happen? Nope, and if somebody did, it wasn`t loud enough. Instead, you got a bunch of rappers from the city on a remix to say “hey, look at us, we’re all friends! Go Toronto Go!” Bullshit. You let this happen. You can place all the blame in the world, all the “but..but…but” whimpering answers all you want, but the truth is – you let this happen to yourselves, and the city of Toronto with its ‘extensive population of Hip Hop fans’ ought to be ashamed too for not getting things going.

The mindset of Hip Hop in Toronto goes back before all of the guys I mentioned. I’ll give one example – Northern Touch. You had a group of friends (and let’s be real, they were friends) who rapped and the idea of being better than each other was an afterthought, because Toronto (at the time) was a small market for Hip Hop exposure (Thanks for cracking the door open, Maestro). Kardinal did his thing, Choclair did his thing, and then you would have thought that more talent would come out of the woodwork, but somehow, politics got in the way – we didn’t recover for almost 20 years.

“Dawg, you don’t even know what goes on in the industry, and you’re just an outsider looking in. How are you supposed to comment what’s going on when you don’t know the business?”

That’s usually the question that comes to mind when people ask writers just how they form an opinion. Last time I checked, observation retains information, and that’s how you learn about things. I have friends who rap and quite frankly, Toronto’s so small I could whisper something in one person’s ear, and someone 3 degrees of separation away will be able to tell me what I said. Circles aren’t small, and information travels in speeds that scientists couldn’t even measure. The problem is that Toronto as a collective (fans and artists) stick to one thing and one thing only. If they ride for their bretherens, that’s all they care about. That ‘unity’ that we’re all looking for doesn’t work, and it hasn’t worked for as long as I could remember (P. Reign still isn’t signed by Drake, if you lost track of time – it’s been a long ass time).

“The thing is, when drake dropped So far Gone, I was like yo is anyone going to challenge this guy ‘cause he’s about to go…instead everyone sat, watched & wanted to be a part of his shit. Now people want to try & compete with him, when they don’t realize that Drake is competing with Kanye, Jay & Kendrick. He’s on a different level & guys in Toronto need to leave the city to see that. Just ‘cause he’s from here doesn’t mean you can compete with what he’s doing. That ship has sailed. Someone needs to come next & do something different”

Understand this, we have a great scene here, and JD Era made it clear that to make it here, you need to “get the fuck up outta here”. It’s sad, but it’s the truth – my father told me that like 15 years ago, and it’s still the truth. Another issue is that instead of artists complaining about “people in Toronto don’t support shit”; why don’t you put out good product that the people can vibe with? Why don’t you go to other areas in the city to connect with other fans? Build yourself up, because if you’re that next star, wouldn’t you have wanted the support of the hometown on the way there instead of when you’re coming back from the States? Stop making excuses saying that you have to leave – change the culture; adapt or die, and whatever other cliché you’d like to insert there. The amount of time you spend complaining about the culture of what’s wrong, you could use that to make yourself a little better every day.

Everyone plays a part; I believe that there needs to be excitement that is consistent – not just every time the Manifesto, Unity, or NXNE festivals come around and we’re all saying “the city is unified” when every other day, it’s another “man, no one’s doing anything” vibe. Mind you, not everyone’s the same and there are people who genuinely support Toronto Hip Hop wholeheartedly, but to get better, be better and while you’re sitting around at your 9-5 (because most rappers have a side hustle), understand that there are more like you trying to get the edge over you so that they can be the next to blow. Coming from a fan, I want to see more talent flourish, but the thing is that if no one has that fresh and original flavour that can translate to an appeal that is concrete for many, how can you expect the people to gravitate towards you? It’s not about being bourgeois or ‘hipster’, but it’s about wanting the best product to come out. There are way too many ‘Yes Men’ with these artists that pass off mediocre music as being great, and we’re just supposed to be okay with that? Not to draw comparisons, but when you look at New York, and the fact that they have their own artists and personalities saying that they need to rally around their own unit and produce better music (and they’re quite vocal about it), what does that say for Toronto? We’re not in a position to be entitled about anything. We get 1 star and all of a sudden we’re something? No. Who’s going to step up? Who’s going to come out and say ‘this is my time?’ I haven’t heard it, and quite frankly, artists need to speak up. The spotlight’s on you; come the behind the curtain and discover the light.

That`s My Word & It STiXX