Just in time for the holiday season, it’s the Bakers’ Club here to deliver gifts of musical goodness for the little children to enjoy – okay, well not in a friendly manner, because this is harsh and lyrical hip hop that many will appreciate. Back in April (if you’ve been following along that long), I posted a track from this gentleman called My Name Is Brandon, and it was a friend of mine (Chii) that told me about him and told me that if I liked that song, that I wouldn’t be disappointed with the full project. 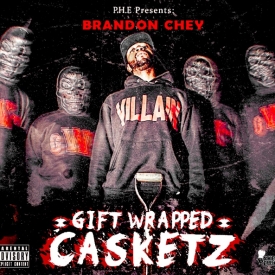 Now, I was listening to it at work and there were some serious tracks that I could dig. The kids of the 90s trying to emulate the 90s is something that many people will find to be too cliche and that they should find something different, but if it works, it works. Brandon is just one member in the group who’s looking to make some noise, and hopefully they’ll ascend from here. It’s all about supporting the homegrown people actually doing something to progress the culture as time moves forward. Definitely give it a listen and as they like to say “fuck with the club”.