It’s like any act associated with Kanye West automatically carries a polarizing scent on them without the intentions of doing so. Kid Cudi is one of those figures that are either really loved or really hated. When you love his music, you love his music, but when you hate it, you absolutely hate it. I’ve been on the side of both, and where there isn’t really an in-between in terms of his music, he hits on more times than not. Indicud was either one of the best or worst albums you heard in 2013, because the sound that was introduced from WZRD, blended in with stuff from the MOTM series is what either made or broke your opinion on how you felt about it. Fortunately for me, I enjoyed it for the most part (some tracks I could have done away with), and when it was announced that he was dropping an EP that was really for the fans, to gear up for the third (and possibly final) installment of MOTM, I couldn’t help but get a bit excited for it, because he does make some dope music. He’s not one who’s scared to go outside of the walls and try something different, and something different is what we got with this album. 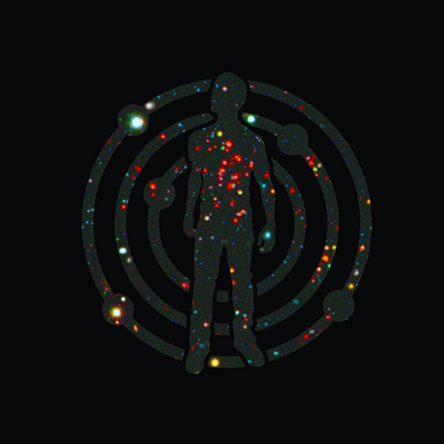 Granted that it’s only 10 tracks, it serves as that journey that CuDi left us with Flight of the Moon Man, and this serves as the journey towards the moon before he delivers his next album – I mean it only makes sense. A trend from Indicud that continued on this album, were a lot of instrumental songs that didn’t necessarily just serve as filler, but rather they helped on creating a space-out scenery that you could just zone out to. Destination: Mother Moon is one (well, the first) example, because it sets off the mood of the album and it just carries on throughout. Cudi goes by many self-named personalities, that we’ve come to know over the years, with the likes of Mr. Rager or Mr. Solo Dolo, and where he’s been able to captivate his audience and get a real connection is his introverted isolation where he’s consumed by periods of loneliness which often involve drugs and alcohol. Going to the Ceremony continues the trend as he’s alone, intoxicated, and confused as to where he’s going, and as his post-G.O.O.D Music career embarks, there’s not the most extensive of knowledge as to what direction he’s going to go with his music, but with the collaborations with producer, WRZD, it’s clear that the abstract sound is what he’s going for.

“Hate what I see, hate what I see
I’m over it, I need me some change
Something to feel good
Get me on the level”

There are a lot of connections with this EP towards Indicud, and it’s as if this is full of bonus tracks, but it sounds cohesive enough that it doesn’t take away from the theme that Cudi has presented with the past couple of projects. Satellite Flight sounds like it could have been on Indicud 100%, but for the purpose of the ‘travel’ towards the next Moon album, it’s great. What I like about this song (and the majority that will follow) on the album, is that the production isn’t all over the place and random; the futuristic vibe that’s brought is bouncy and holds replay value – it’s essentially what a lot of people liked about Yeezus, but I’m thoroughly enjoying this more. The emphasis of the flight is that Cudi wants to portray his music in a more vivid perspective so that you see the world as a whole, rather than in a small perspective.

When I was referring to the balance of instrumental and vocal tracks on the album, Copernicus Landing is another example of ‘interludes’ that add to the feel of the EP, and I can only imagine that if I smoked or did a copious amount of drugs, I’d be chilling on the constellations with him. What I didn’t see coming was that the feature of Raphael Saadiq on Balmain Jeans, because I hadn’t known where he’d been for the past 10 years or so. Balmain jeans have been popularized by a lot of high-fashion rappers (or those just trying to fit the image of what’s supposed to be a high-fashion icon), and this is a sexy song for the ladies to get comfortable with, and one that the fellas can get a connection to. I got the idea of the song, but it’s not one to my taste that I’d listen to over again and often.

“It’s been so long, been such a hobby
Finding someone who electrifies my body
I need you to protect my heart
Gimme your hand, put it here
This is where you start”

Kid CuDi likes to portray the image of being a superhero/supervillain; he even dresses like one on tour, but on Too Bad I Have To Destroy You, it’s a declaration of his run against those who doubt him, talk shit, and overall are willing to witness the plight of his downfall.

I ain’t taking care of NOBODY but my daughter and my mom
Places to go cause I need to build a travel log
I travel while you jake niggas run a blog
Now run along, I got some shit that needs posting while I’m winnin’ livin’ life

It’s crazy how much bloggers have seemingly had a vice grip over the internet and over hip hop music as a whole. They’re seen as the gatekeepers, but also, they’re the same people who co-sign an allusion of talent because “it’s the popular thing to do” whereas keeping it G and sticking to what they like is often drowned out. If it’s not for the views, it doesn’t get posted unless there’s integrity, but then again…advertising pays the bills, so you have to hustle by any means. Rappers and artists alike have taken towards their frustrations of bloggers, because a lot of them don’t know what they’re talking about and that they’re simply just people who live behind a computer critiquing music all day and they feel that they have the best ‘ears and eyes’ for talent that passes them by. This is why the term ‘blogger’ has built such a negative stigma attached to it because of how they’re praised more for their harsh criticism. It’s not only bloggers that has Cudi feeling slighted – it’s the close friends (or people he thought were friends) talking behind his back, but can’t say anything when they see him. I’m sure we’ve all experienced that, because that’s human nature.

It’s a revolving door of topics that Cudi presents, and it’s a continuation of the frustrations that he presented on Indicud that prove that he’s still a frustrated artist trying to make peace with himself in terms of his family & music situations, and the best ways to express is through the music, in the eclectic fashion that he does.

Judged by the amount of words slurred in the hook for Internal Bleeding, I have no idea how many drugs Cudi was on (if he was on any), but for the first few seconds, I wanted to change the song, but I said ‘self…let’s see where this goes’, and I did. You know when you see a friend crying hysterically and they’re trying to speak at the same time, and you can make out words that you can understand, but at the same time you want them to take their time and get it together to fully explain what’s wrong with them? That’s pretty much how I felt about this song. I feel like Scott (yes, I’m calling him Scott) needs a hug or something, but at the same time, that can be said for a lot of his music (he has a song called Lord of the Sad and Lonely for God’s sake), but I can honestly say that I felt upset and it made me feel some type of way for the guy. I know the pain of heartache, but continuous heartache is something that I have neither the patience nor time for. There aren’t enough hours in the day or days in the year to go through that, and the internal bleeding that Cudi is expressing is that his heart is a constant wound being opened when it’s trying to mend. That’s pretty deep of emotions to be dealing with – whatever it is that he’s dealing with.

With the EP coming to a close, and the anticipation of the 3rd Man on the Moon album getting closer, while the release is still at a distant 2015, Cudi satisfies the nostalgia of many fans with In My Dreams 2015, which I’d assume would be a sequel to the original from the first album (much like how Solo Dolo 2 was the sequel on Indicud). I like that the vibe of ‘2015’ is pretty consistent with the original – that’s always a good sign, so we’ll see what happens if that remains the same. Now as for Return Of The Moon Man, I can’t be the only person who thought that the horns at the beginning sounded like Kanye’s Blood On The Leaves was about to start playing, because it came through with that intensity. I like how it was named ‘Original Score’ to imply that the MOTM series is like a movie, and the dramatics of the score that Cudi produced is pretty tense, and I could honestly hear it being used somewhere on TV or film, if he grants the permissions to do so (I might just steal it for a project – just putting it out there).

The final track on the album, Troubled Boy, is more melodic over a simple guitar sample while Cudi instills his lonesome that’s made him who he is, and why people love him so much. No one wants the troubled boy, which could be referring to his old label, G.O.O.D Music, so he’s out to prove that he’s going to make great music and prove to hold his own with his own sound. It’s cool that it just ends on a simple ‘Goodbye’ and then that’s all we get until the album. I like the fact that this served as filler as the fans await the next full length album. The journey isn’t pretty, but it’s a journey that has taken a lot of ups and downs with Cudi that has truly come full circle with him discovering just who he is through a series of events that has not only changed his sound, but (in some cases) made him better in terms of how he’s able to change up but have consistency with his sound. As a Hip Hop artist, having an already abstract style as it is, you don’t often hear a lot of people say that they want some of the ‘old sound back’, because throughout all of Cudi’s projects, they sound different, and when he teamed up with WZRD on the album of the same name, his sound changed dramatically, but he’s enforcing that with new music that can still be enjoyable for others to listen to. It’s always a process of growth for any artist, and Cudi is no exemption, but with the imagination that he provides, and this EP being an example of how he’s able to put it all together, he’s still a Kid at heart. I’d definitely recommend this for anyone, because it’s a vibe that you can enjoy on any given day, so enjoy. But for now, this is my opinion, this is my review