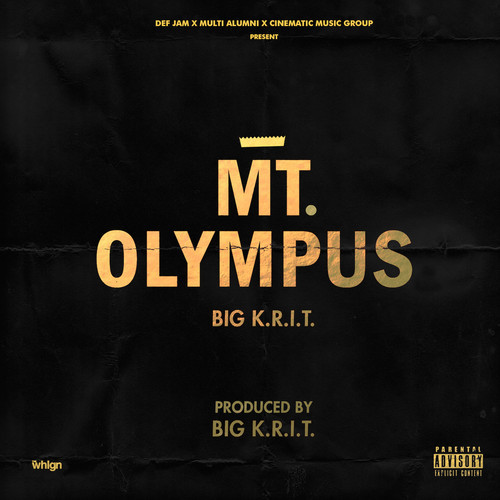 When Kendrick Lamar dropped his verse heard around the world on Big Sean’s Control (I’m sure a lot of people forgot that it was his song), K.R.I.T was among the names that were infamously dropped on the great ‘challenge’ issued by Lamar. K.R.I.T took to twitter to state that this was a Gladiator sport, and it was the only way to approach it. Now, the Week of K.R.I.T was one thing, but given that this is the year his 2nd album is slated to release, I’m sure some new material, and not just (quality) throwaways would be sufficient. Mt. Olympus is where the mythical Greek Gods called their home. K.R.I.T has addressed his frustrations in the game because people still don’t take him seriously, although he had arguably the best verse on 1 Train, and They Ready (which featured Cole & Kendrick). I think he wants to be taken seriously now. Shots had to be thrown, and this is what happens. Cadillactica drops in the Fall at some point. Enjoy, because it’s a heater.