October is going to be a serious month for music, which means that ears will be on full tilt in listening to everything and anything (okay, maybe not just anything), but one album that I’ve been looking forward to all year has been this one from Flying Lotus, and here’s why: if you haven’t heard of him before, he’s basically a lowkey mastermind when it comes to experimental production. Not experimental like EDM, but he taps into the groovy electric and blends it into the jazz & hip hop cross that make it unique besides other projects where you can tell (or not) that they were Hip Hop focused in a way as instrumentals as opposed to compositions. How he’s built his name has been collaborating with Hip Hop artists and having a distinct sound that’s grim and on the darker side of the musical spectrum. From working with Mac Miller to the more recently revealed Kendrick Lamar (who appears on this album), more people are gravitating towards his sound, which is distinct and tests an artist if they’re able to grasp it (J. Cole also did a FlyLo beat justice). Until The Quiet Comes, his previous album, was a project of Gold, and I didn’t have a lot of expectations for this current one, but it was truly because I wanted more music, that I was generally looking forward to it anyways. 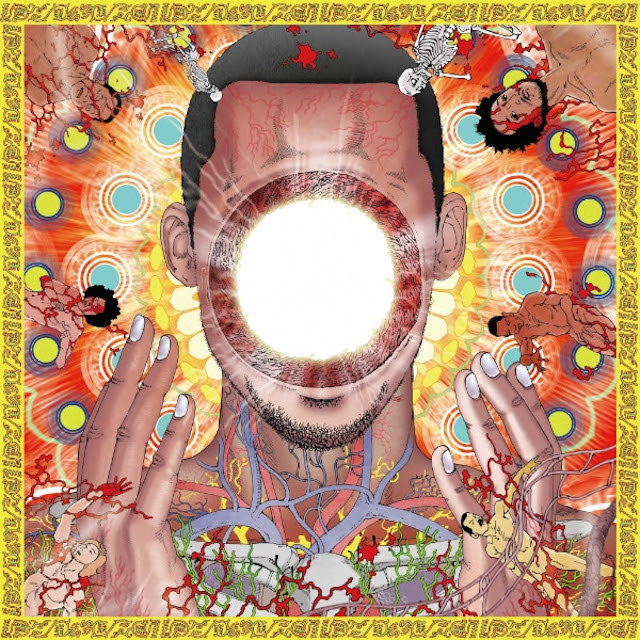 As the album started off with Theme, it doesn’t hit you as a straight up as something that’s just going to be strictly instrumentals. It sets off the album as something that’s going to be on the jazzier side, and because of the short lengths of the songs. Going into Tesla, the pace picks up and what’s even cooler (if you find the time to do so) was Flying Lotus was explaining the different ways in which he approached each song, having so many elements come together and the song is about half a minute (if that). Fkn Dead, I wish was longer because it sounded like it could be extended to a hot beat, but how it tailed off and went into Never Catch Me was wicked, so I appreciated it for that much.

There’s no shame in admitting that Kendrick Lamar is my favourite artist out currently, and maybe in a few years he’ll rise to be one of my favourites ever (it’s not that far off), but this song is yet another reason why I value the artistry that he brings to the table. He just seems to come up with something else to wow you even if you’ve thought you’ve heard all that you think you would have heard by now (and then he dropped ‘i’). The video brings a new life into the song, but the song itself is great on itself, not only because of the jazz ensemble, but because Kendrick’s approach mirrors the theme of the album and the intensity that builds from the start of his verse to the finish it’s such a cliffhanger, that it didn’t warrant anything else. How it switched up in the second half was dope as hell too. As stated before, if you’ve seen the video, it enhances the song more.

A lot of people may not know (or maybe you do, and I’m just assuming you don’t) that Flying Lotus’ rapper alter ego goes by the name of Captain Murphy (go listen to Duality), and he is slated to drop an album through said name. His rapper persona makes an appearance on Dead Man’s Tetris along with Snoop Dogg, which I thought was a bit of a surprise, because you wouldn’t think Snoop would be able to accommodate such a different style to his own. I think he did alright on it. I mean it’s good to see that he’s rapping and not pretending to be a Rastafarian, because that was just utterly tragic and offensive. Had he been left off it, that would have been fine too. I love this beat, and Tetris is one of the greatest games to come into existence, and if this beat was the one that played throughout, I think more Gameboys would be sold. Someone needs to get on that.

Turkey Dog Coma just adds to the name titles that are random but hilarious. But I remember a producer (Jonathan Lowell, I believe) saying that songs should be named after the beat from the producer, and some of them just happen to be random like this and have nothing to do with the song. I think that’s wicked. I can see what he was saying, but I honestly thought that this song was split in 2, because something different came about, but it still produced an up-tempo flavor that I could rock with. I mean, I was listening to this around my mom and she even asked me what it was, because she was enjoying it that much.

I like the story behind Stirring, because as FlyLo was live-tweeting through the album, it was dedicated to a former high school friend who passed away, and I thought that this was a nice tribute, being that it was pretty much acoustic and serene; a step away from the crash and bang of what was produced thus far on the album. It was a good moment, and then when it shifted into Coronus, The Terminator, that’s where my face started to scrunch because it’s a really dope beat (that Mac Miller originally wanted to use – marinate on that). Until he said that it was him singing on the track, I would have never guessed it, but it’s definitely a track that sounded close to something I would have heard on Until The Quiet Comes, and I was not mad about it. Besides Never Catch Me, it’s one of my favourite songs on the album. What I like a lot about how the album was designed is the flow of it from song to song. There’s never a real drop off in vibe, and although it’d be nice to have the songs stretch out for a while longer, it’s good enough to hold your attention as it moves from one to the other. That’s what good music feels like.

FlyLo streamed the album with an accompanying film, 24 hours before the release of the album, and the visuals really brought out the depth and meaning in the songs, because besides a couple of stand outs, you take in the album as a whole – it’s more so an experience like how 1960s Rock music or even early 90s Hip Hop draw so the same verbal praise of them being ‘experiences’ rather than just listening to an album. I find it crazy to know that Turtles almost didn’t make the album, and it sounds so good. That’s wild to me, but not as wild to not have Chance the Rapper’s verse for Ready Err Not or a 2nd Kendrick verse for Eyes Above to not be on the album (much disappointment like the FlyLo x SBQ collaborations that won’t happen). Elijah Loyd (pretty dope producer, by the way) posted the preview on Soundcloud and I was certain it was going to be on the album, but nope. Perhaps it’ll show up on Kendrick’s new one, which would be crazy.

If you’re not aware of who Thundercat is, he’s part of the Brainfeeder (FlyLo’s label) family and he’s a wizard on bass guitar. If you listen to the first portion of ScHoolboy Q’s Hoover Street, the latter half of Kendrick’s i (the first examples to come to mind), you’ll hear his signature mark of the strumming of strings. He’s also has a dope album out (Apocalypse) that is worth listening to. He’s all over this album, and even FlyLo said that this wouldn’t even be an album had Thunder not contributed to it in some way & fashion. I’m glad that he was involved, and as the album comes toward the end, it gradually gets darker in tone, almost evil, but could possibly be the effects of a bad drug trip in the making. It starts with Descent Into Madness and carries forward with Captain Murphy returning in a drugged out serenade of his wanting of pills on The Boys Who Died In Their Sleep. If Obligatory Cadence wasn’t a beat meant for anyone, I’m pretty sure there will be tracks on Soundcloud of people rapping over it. Shit, give me a microphone, I’ll go into the booth right now and spit flames (I’m lying). This is also something I could hear Mac Miller using, had it not been on the album already. The female vocals used on the album were dope because they didn’t have to do much, but through the eerie atmosphere of the album, the adlibs to blend in with the layers just made the songs feel complete, Your Potential/The Beyond is an example of that.

I loved how the album ended off on a good note with The Protest. Dope ass beat, and the meaning behind it that symbolizes our souls living on forever past our physical forms was neat as well, which I’m glad alluded to the overall theme. It’s a well-put together album that has definite replay value. It’s alternative because it doesn’t sound like strictly Hip Hop for the whole thing, but it’s a creative blend of musical flavor like mixing different flavours for a Slushie at 7-11 to create Swamp Water – except the music won’t give you a killer cavity. For something different in your every day listening, there’s definitely room for FlyLo, because his music makes you ride high. You’re Dead is some of his finest work thus war because as a collective project, there’s a consistent theme that was easy to follow, and the accompanying visual content (if you had the chance to check some) also make it what it is – a complete package, so definitely check it out when you get the chance to do so. But for now, this is my opinion, this is my review