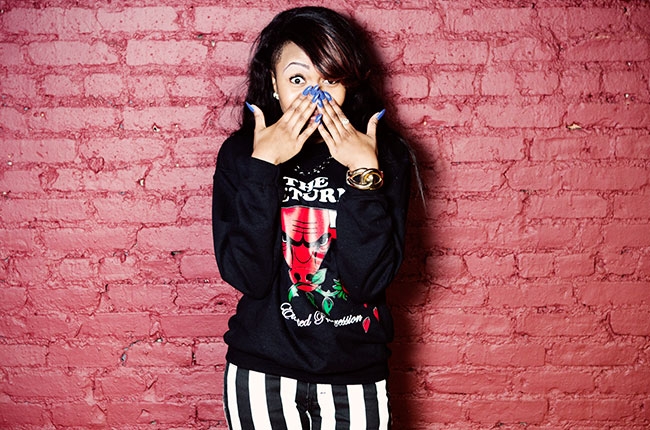 I don’t think that it’s any secret that anything that Timbaland has touched over the years, it has turned to Gold. He has the Midas touch in music and with acts like Aaliyah, Missy Elliott (Tweet, for about 15 seconds), Ginuwine, and Justin Timberlake, he has had great success for as long as I could remember, and it’s around that time that he’s at it again and he took to an interview with Power 105.1 in New York to let it be known that he would be working with a 19-Year-Old sensation that has inspired him to say that this is the most alive he’s felt as a producer in many years. Now, there aren’t a lot of artists who can throw out a co-sign and give it significant meaning, but Timbo has more than earned that right, so if he says it’s good, it’s good. After the interview (which you can watch here), I went and did some self-discovery about Ms. Tink, and the first thing that made me smile was that she hails from Chicago (not Chiraq). I feel like I’ve adopted Chicago has my 2nd city after only visiting there once because I’m just in love with the spirit that it carries and to know that they’re more than whatever negativity the media carries out of there (besides their inept sports teams, but I’ll leave that alone).

Winter’s Diary 2 was the only mixtape I could find outside of her tracks on Soundcloud which are also worth the listen, but when you listen to her, it’s hard to believe that she’s 19 years old as she sounds like an experienced veteran. Treat Me Like Somebody sounds like a song straight out of 2006. You don’t hear R&B like that anymore, and it reinvigorated my belief in Timbaland, not like it wasn’t there to begin with.

She can also rap a little bit, you know, nothing that crazy (I’m totally being sarcastic). On the example songs that Timbo brought out like the remix of Movin Bass, it’s evident that she has done her homework when it comes to her potential as being a dual threat artist much like Lauryn Hill was. It’s not surprising that people had already started to draw comparisons to her. Having features from local but established artists like Lil Herb (Talkin About is very dope), and Rockie Fresh is wicked because they really stick together when it comes to help each other build. My city can learn a thing or two about that.

The future of Hip Hop has always been in question as if it’s about to die out. It’s a constantly regurgitated thing that the culture is looking for someone to ‘save’ it, but perhaps only on a mainstream level. Hip Hop can’t die, and although R&B is something that has been hurting for a long time, Tink can be an enforcer in bringing it back to a respectable level like it used to be. Her voice is better than those you’re currently listening to now, and given that she’s 19, there’s absolutely no telling how much better she’ll be. 2015 is going to be a very interesting year, so get familiar now. Enjoy.

One thought on “On The Lookout – Tink”