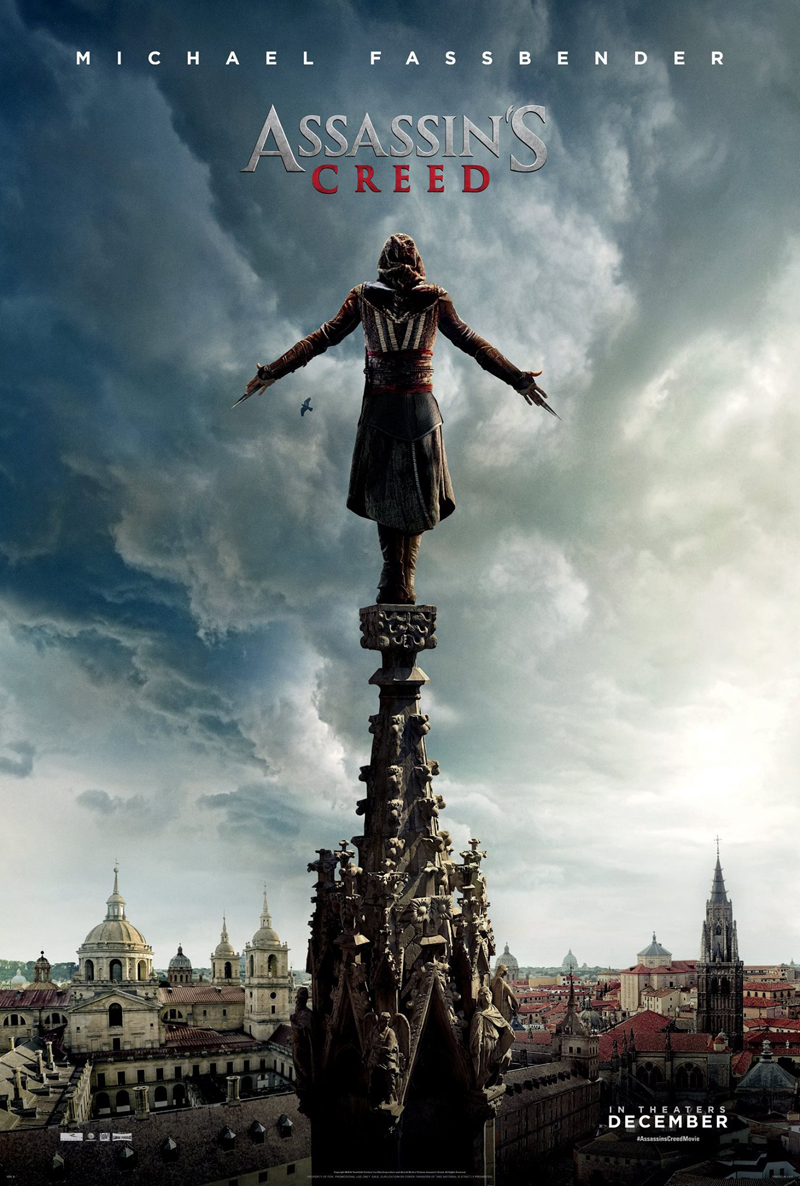 As the years move forward, more and more movies come out to remind me that I’m moving that much further away from my adolescent years. Whether they’re video games, music videos, old TV shows or older movies that I grew up with, there are always new versions & adaptations to come out during my adult life where I just have to stop and reflect on where I was when the original of said product was around. I definitely remember playing Assassin’s Creed, the video game, but it was long enough ago that I still remember some details, but not the entirety of the storyline. And with multiple versions having came out since, I fell off video games entirely and didn’t decide to continue with the franchise, which I may end up revisiting since watching this movie.

Michael Fassbender plays Callum Lynch whose ancestry connects him to a very valuable possession that can alter the course of human history and the violent interactions that have gone on since the dawn of time (appropriately named the ‘Apple of Eden). What I like about Fassbender is that he’s the unlikely actor that can hold his own in an action movie. He proved that he can be more than just Magneto, but because of the disaster that was Prince of Persia with Jake Gyllenhaal, I can understand the skepticism that came before the release of this film (lest we forget the greatness that was Tomb Raider though?). Surpisingly, the film had a bunch of stars in it that I didn’t even know were present. Jeremy Irons, Marion Cotillard, and Michael K. Williams make their appearances, and the movie played out like the video game, remaining true to specific details that define the famed video game series.

Although it was slow at times, and the lack of dialogue through dramatic periods forced you to put the pieces together yourself, there was tension, action, and if you’ve never played the game before, it’s a good introduction if you wish to do so. Fassbender can handle any role thrown towards him, and if there’s a sequel to this, I would certainly hope that he continues with the role. If it’s just a 1-time thing, I’m good with that as well. I’d definitely recommend checking this out, because you’ll get your money’s worth. But for now, this is my opinion, this is my review