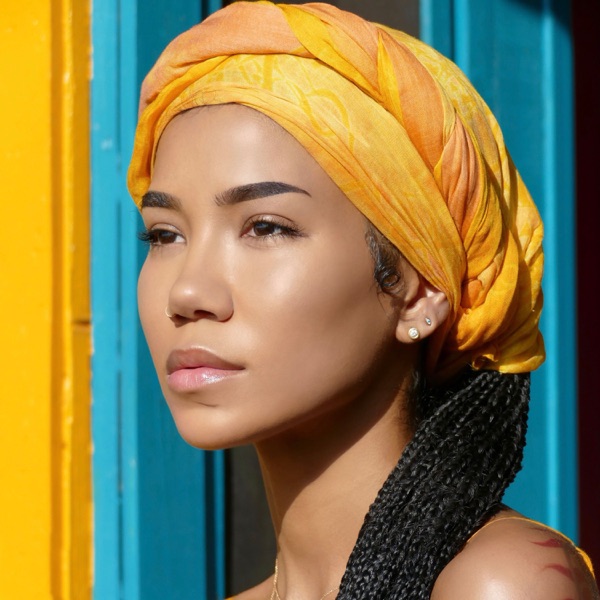 Jhené Aiko has always been a favourite of mine. Ever since a girl used her photo to catfish me way back in the day when she was running with B2K, I’ve had an attachment to her face, and then eventually her music. sailing soul(s) was on steady rotation when it released, and it’s even still enjoyable when I do revisit it. There’s been much to say about the evolving style of R&B being a genre, especially for women, that sees a dip in quality, because the vocals aren’t as strong, at least on the mainstream side. There are still very strong singers, but traditional R&B artists don’t really have the range with a mass audience, and that’s a comparable to very lyrical rappers not being able to sell as much as their trap-oriented counterparts. But really that’s not a new argument I’m presenting.

Jhené’s vocals aren’t going to blow you away dramatically as much as her lyrics will hit you in different ways, because of the ways she’s able to communicate her emotions with great transparency & vulnerability – it must be a Pieces thing, because it feels & sounds familiar. I will admit, I didn’t even listen to Trip in its entirety, mainly because I completely forgot about it, and 2017 was a hell of a year for music, which included DAMN, 4:44, Flower Boy, SweetSexySavage, I Decided, etc. All that to say that I literally had no time to give it the love it probably deserved, and outside of Twenty88, I find myself re-introduced to Jhené’s music, and sometimes you need a necessary break from artists to appreciate what they’ve been able to provide over the years. What had been making more headlines aside from her music has been her love life, and as complex as you want to look at it, she was married to Dot da Genius, broke up, was dating Big Sean, broke up with Big Sean, and in a rollercoaster of emotions, they’re back…together? Lord, I don’t even know, but regardless – there’s a lot of material to sift through, and when Jhené announced that an album was on the way, it was necessary, especially given how 2020 has been going on in the 1st Quarter.

Chilombo (her government last name) shows us Jhené’s breakdown and come up in an emotional state we’re accustomed to, but in a way that feels more mature. One that has come with more experience being in & out of love, and not the playfully innocent girl we thought was the most adorable when she came onto the scene. Whether or not you enjoy her being more vulgar or more sexual (I mean, P*$$Y Fairy is a slap), you can’t deny that she’s on her grown woman shit, and there’s a lane for that, and it provides a soundtrack for women, who don’t necessarily need those elements to come in rap form.

“There was a woman born from a Lotus
Her heart was golden, deep as the ocean
And then this one man, he came and broke it
‘Til it was open, just like a Lotus”

Love is the genesis of all music, whether it’s love of self, other – good & bad. Something that can’t be explained really disturbs the peace when it comes to a broken heart, and music is often the best translator of those feelings. Just off the top of my head, Stevie Wonder is one of those artists who’s had a great ability to combine voice & lyrics to emphasize being in love & going through the painful stages of falling out of it. Don’t read that as me putting Jhené up in the world of Stevie, it was just an example, but Jhené’s been known to embrace herself in a way that makes her music a great translator of love, because of her pen(wo)manship. As we move into the Triggered (freestyle), we get a better understanding of what spawned what will be the overall feeling throughout the album. It’s the epicentre of the heartbreak, and all tracks moving forward are the tremors that follow.

“I’ve been contemplatin’, meditatin’
Should’ve waited, should’ve never dated
You seem irritated, baby, why you never say it?
Isn’t this worth saving?”

None of Your Concern gave us the return of Twenty88, although briefly with a feature from Big Sean, but overall the song hits in a way that’s common language with anyone who’s experienced a breakup – so basically everyone. There’s the hurt, the sadness, the loneliness, and the anger that seem to take turns playing double Dutch in your heart & brain, and there’s no control to it, so you ebb & flow with how you’re accustomed to dealing with them, and over time, you’re just over it. At the end of the turmoil, you just want peace, and you want detachment from all things that gave you pain, so in order to protect your peace, you have to isolate more of yourself that doesn’t introduce outside negativity and unnecessary commentary while you’re trying to heal. In other words, ‘mind your damn business’ is what Jhené is saying here.

Depending on how long it takes us to get over a bad situation, we all eventually get to the presence of mind that Jhené expresses on Speak, which allows us to stand up for ourselves and declare that they won’t be broken anymore, and that they’re going to rise up and above what’s held them back from getting back to who they are, and that stage brings us the pettiness (B.S), and a newfound confidence that will continue to grow as time moves forward.

“It seems like I give so much and don’t get nothin’ back
I really thought it was love but you’re so fuckin’ whack
Always get caught up in love, but I am done with that”

Loved the collab with H.E.R. You could have thrown in SZA or Kehlani, and it would have given pretty much the same effect, because they’re able to bring that petty energy that is necessary in this stage of the grief. The beat is simple & bouncy, which makes it effective.

One of my favourite songs on the album is a call back to sailing soul(s), and the fact that H.O.E was able to be brought back to life with Miguel singing the hook like the original, I have to applaud Jhené for it. Future’s presence definitely threw me off, but he couldn’t ruin the song even if he tried. This is a piece of nostalgia that I am certainly appreciative of, and the messaging of choosing Happiness Over Everything is important to hear, because going back to Speak, this is the re-enforcement of choosing yourself to be better, because you can only stay in the darkness for so long before you step back into the light.

If you thought the nostalgia stopped there we got another collaboration with Ab-Soul. It’s their first collab since they last joined forces on WTH in 2013 (which Ab cleverly nods to in his verse), and it’s nice to hear from Ab-Soul again. For those who may not have come into Jhené’s music until recently, she used to collaborate with TDE artists often, specifically Kendrick, ScHoolboy Q & the aforementioned Ab-Soul. They were pretty much all coming up together, and certainly their careers had vividly different trajectories, but it’s cool that those ties aren’t far away when they’re required. But if Jhené & Kendrick were to mysteriously end up in a booth and make music together for old times’ sake, I wouldn’t be mad at it. Growing Apart & Stay Ready are classics, so…give us another one. Thanks in advance.

There’s a lot to be said about the length of albums these days. You can place blame on the fact that the more tracks an artist has to stream on their album, the more money they can make, and I’m not mad it at. I don’t feel like this album was too long, given the 20-track length, and with context of the album, yes you can absolutely convey a story in 14 or less, but I found this to be enjoyable from start to finish. Tryna Smoke is one of those songs I can’t directly relate to, since I’m not a smoker, but the beat is groovy as hell, and how Jhené flows over it, she’s in her element when she’s talking about one of her favourite things – high off the Sativa (unless she’s moved over to Indica, then do you boo). The beat breakdown towards the end came out of nowhere and the screwface ensued. The production throughout is smooth as ever, and you really feel that Jhené, for the first time in a long time, got back to being her in the best way possible.

“I know what it’s like to lose, do you? Do you?
Have you ever loved someone, then lost that one?
You can’t even call they phone
You can’t even ask how they day was
Nothing in life’s guaranteed, you’ll see
I’m not being difficult, I just see things differently
When I say I wanna see you, that means something deeper to me”

I was very surprised at the Nas feature, but if I’ve learned anything from Nas’ post-Life Is Good career, it’s that this is his lane. He’s absolutely loved & lost, and he’s an elder statesman when it comes to this topic, and thus brings us to the reminiscing stage of grief that puts us right back in the feels. We can be petty, we can boost ourselves with all the confidence, and be out here wildin’, but if the feelings are strong enough, the sadness will creep back and prevail in ways that we don’t have the control over.

Thinkin’ back on some good times we had with some bad people, like
“I shoulda saw she was see through” or “He was evil”, like
“I wasted my good experience with these people”, like
“Guess it was meant to be, you was teaching me life”

Mourning Doves continues this emotion; It’s a beautiful song that drives home the end of the love that was, but ushers in a love that can be, even if it’s not in the same vein that either party is looking for. And as that reflection takes over, Pray For You is the finishing touches that truly sees peace on the other side of grief. Not everyone gets the treatment of receiving the respect of wanting better for the other, because some breakups are messier than others, but it’s great (for a lack of a better term) when there’s a mutual feeling and maturity takes control of the exit stages. That’s the best–case scenario you can ask for.

Production throughout this album was very well done, especially how songs transitioned in and out. It didn’t feel incomplete, and I’m happy that this was the album that brought Jhené’s music back as a refresher. The thing I love about art is that there’s no expiration date. You can’t be late to something that wasn’t meant for you to discover yet. Everyone likes to get caught up on being on the latest and greatest from the very second it arrives, but the best stuff may not hit you for some years, and when it does, it’ll be ingested with more appreciation. This album will hit home for many in the first week, or somebody may discover it in a few months or years, because it’s what they’ll need when they didn’t know they needed it. Jhené poured her heart out on this one, and we experienced the artistic growth that many had been anticipating since her debut. All good things take time to manifest, so I’m glad that this was the end result. But for now, this is my opinion, this is my review,

One thought on “Jhené Aiko – Chilombo – The STiXXclusive Review”