I couldn’t keep a straight face while I was typing out the title, but it just came to me out of nowhere. Literally, I’m on the bus and I almost broke out laughing because of that damned Webbie song.

I’m sure that all of us know what the meaning of being independent is, and if you don’t, well I don’t even know what to say to you about that, but I’m not here to judge; I’m here to give you some insight. I’m sure there are a lot of people who can’t seem to do things on their own without having a hand having to guide them every step of the way. Listen, if that’s what you need, then that’s what you need, but that can only help you for so long. You have to be able to fend for yourself without having someone constantly baby you through everything. I’ve seen a lot of people go through that experience whether it was them personally, or they were with someone who needed constant guiding. It gets irritating wouldn’t you think? Shit, I would be.

These people could have fallen in to a category of their own on my People Suck vent, but I wanted to explore more of what the actual concrete meaning of independence is. It’s more than just a statement, it’s more than simple having the ability to do things on your own (although it’s a main factor), but it’s more of a maturity level & intelligence that a lot of people fail to realize. I’m no expert at all, I’m just giving you my point of view of what I think it is. Some people will agree, others won’t. It’s the way of life, and I don’t mind it at all.

The Oxford Dictionary defines independence as the state of being independent (Gee….thanks), so since that’s no help, let’s look at the definition of INDEPENDENT:

So now that we’ve looked at those definitions, let’s get this going.

A lot of people’s goals in life come with being independent; whether it be financially or for other reasons that are personal to them. Financial independence is a dream that a lot of us chase but is incredibly difficult to attain. People result in playing scratch cards or the lottery every week (sometimes more than once) in chances that they get lucky enough to hit it and live freely. The chances of that happening are about the same as finding a truly committed person that will treat you like Gold for the rest of your life. It’s not high, but still possible, and yes that analogy is correct, because especially in this day in age, that feat is hard to achieve, there’s no denying that. So what do people do? They work, they save, they invest, and do as much as they can so that when they choose to retire, they never have to work again. That’s a dream that many people can’t make into a reality. That’s what I want for myself, and for my family. Other people like to work, because they love what they do, and would do it for free if they could (but, let’s be real, no one would REALLY want to do that). People have different ways of getting to where they want to be, but as I was taught a couple of years ago with my experimentation with Primerica, it’s all about the Why. The How & What don’t matter. The Why is pretty much “why do you want to be financially independent?” We all have our reasons whether it’s because of family or to achieve something great for the hell of it, who knows? That’s all on you to decide. We all have our goals, desires, wants & needs. You work hard for your money, you have to spend some money, but it takes money to make money.

To be on your own living on your own terms does label you as being independent, but many people don’t have the mentalities to really be mature enough to balance out their priorities. You’re at the club spending 3-4 hundreds dollars on bottles of alcohol almost every weekend, but you have no groceries. You’re getting child support from your baby mother/ baby father, but you’re spending that more on yourself than your kid. I don’t get it, where are your priorities? Where’s the balance? You can’t be running around screaming that “I’m independent, I pay my own bills, I do this and that with no help,” and no expect to be hit with “Cool story bro, tell me another, I’d love to read it in hardcopy or tradepaper if possible.” It gets annoying, so does us all a favour; stop boasting about it, and just live that life of “independence” or whatever you’d like to refer to it as.

When it comes to being independent, you must have a sense of maturity to really go on about it. I was raised as an only child, and many people from there would automatically assume “oh, you’re already set to live on your own.” You WOULD think that, but that’s not always the case. There are people who have a plethora of siblings and still feel the need to be on their own because they don’t want any company surrounding them. I was always taught that you have to be comfortable being by yourself at times, because what kind of person would like you, if you don’t even like you. I’m by myself a majority of my time, and it’s taught me a lot about responsibility and it teaches you how to really have control of your life without having someone there to guide you through it.

People are different, I get it; there are those that don’t like being by themselves, and sometimes that can work against you because you find yourself always latching on to someone to support you or to even be with you just because. There are people who can’t go to the movies, go to the mall, grab a bite to eat, or do the simplest things like go to the store. It’s weird, and I know some people reading this may be like “wait, that’s me. What’s he trying to say, that I’m not independent?” No, not at all, I’m just saying that it’s weird, because I was never one of those people who really needed to be around others ALL OF THE TIME to do something.

One group of people who I should have added in my list of people I hate with a passion should have been Floppers. Now, if the term is not familiar with a lot of people, let me go into detail: A flopper is someone who constantly makes plans with you and 90% of those times, they cancel on you for some bullshit reason. A majority of those reasons are because they made plans with 3 other people, and they just chose via eenie, meenie, miney, moe who they wanted to hang out with, OR, they’re just too lazy to leave their house. You’ll call them and ask where they are when going to meet up, and from their beds, wrapped under blankets, they’re tell you with the most confidence “I’m leaving my house” or my favourite “I’m on the bus.” Listen, if you don’t want to chill, don’t make me believe that you actually want to. You’re all terrible people, and I wish nothing but terrible things for you. 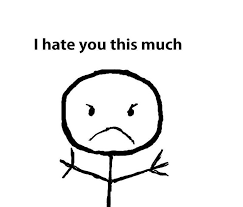 The point of that little blurt was to emphasize why people decide to separate themselves from people, because of people like that, and for me, I work in retail; I see people everyday, I have to talk to people for 8 hours a day for 4-5 days in the week. It’s exhausting sometimes, and when you get home, you want nothing else but to NOT speak to anyone at all. People have a hard time understanding that, but we’re all human, and we’re never really meant to understand each other at all. That’s how life intended it, and that’s how it’ll always be.

Independence isn’t for everyone. I think it’s one of those things that you can tell from a young age, those kids who you know will be independent and will be completely fine doing it. I was that kid that stopped holding my mother’s hand when we walked down the street (come to think of it, I don’t know if I did that a lot anyways). I hated holding hands, because I never understood what holding a hand did with me being able to walk with 2 legs. That’s just me, I was selfish like that, but you know, you don’t really take that into account when you’re young. I started taking the bus at 9 years old by myself, been going to the movies alone since I was 12, and haven’t been involved with many relationships (the last one was really a good reason why I choose to stay single for a WHILE, but that’s for another day). It’s something that you can teach yourself to be, but I think when you’re taught things at a younger age, they manifest and determine what you’re like and how you’ll take care of yourself when you’re older

When it comes to that point when you’re ready to leave the nest and venture out on your own, there’s a lot of naysayers that believe that you should stay with your families for as long as you can, but I feel like, when you know you’re ready to go, you have to act on impulse. Humans are the way they are today because they trust their instincts. If you don’t trust your instincts and play things safe, you stunt your growth, and I mean that in a mental way. You don’t get the opportunity to seize opportunities because you feel like “oh, I have to do this,” when you really don’t, because the only thing that’s stopping you is you. I admire my mother for always pushing me to get out there and explore the world and for teaching me the fundamentals of what it takes to successfully live on your own. It IS tough at first, but eventually it has to happen. I went to school away from home, and that was a preview, so when it comes to living on my own for good, how is that different from going away for school? it’s not…not really, only a few more expenses, depending on your living situation, but like I said, it’s instinctive. When you know, you know.

This isn’t me trying to tell people how to live their lives, it’s just simple observations of what I see as independence. It’s a mindset, not just a dictionary definition. It’s attainable, but there are many that can’t do it alone. And of course there are reasons why people can’t do it alone, because there are those with medical conditions and what have you, but for those that don’t have any and are fully functional to be independent, try it. Try going to a movie theatre and sitting there by yourself. You do it at home, why not in public? Go shopping by yourself and not have anyone in your ear about a 2nd opinion. Go somewhere and explore, meet new people, and connect. Don’t leave your life in the hands of other people’s plans because of your comfort level. Once you get stuck in your comfort zone, you’ll find it difficult to get out. But, that’s just my opinion of it. You’ll have yours, and that’s great, but if this helped you in some way, good job. But, for now