Casey Veggies is a name that a lot of people may know or not, or they heard a couple of times; if you’ve listened to Odd Future prior to last year (or even this year), you would know the name from Tyler, The Creator’s ‘Bastard’ album – he was featured on ‘Odd Toddlers.’ From there, he released a series of mixtapes entitled ‘Customized Greatly’ (could have been during that same time period of Bastard, but don’t quote me). Just recently, he released the 3rd installment of the ‘Customized Greatly’ series, and was on tour to promote the mixtape, which is crazy. Artists going on TOURS to promote MIXTAPES! Oh how the times have changed. There’s a lot of hope for the independents. Casey Veggies is a bit of a rising star. He was featured on XV’s ‘Blame Yourself’ (which opened my eyes more because his flow & lyrics had improved), and Jhene Aiko’s ‘In Love We Trust.’ He hails from California as well, and it just adds to the mystique of the resurgence of west coast hip hop. It’s a beautiful thing, and Casey was so kind as to come out and tour across Canada. Toronto was his last stop, and you know you have to save the best for last. HustleGrl (Karla Moy) made this happen, so shout out to her.

I’ve never been to The Mod Club, so I didn’t bring my good camera, because I didn’t know if I would get in or not, so the pictures provided are from my phone (which means crappy quality).

It was pretty empty for the most part, but you know people, they don’t usually show up until the main act happens, and it’s said because local artists barely get support even though most of them really aren’t that bad at all. Support local talent, so that they can actually be proud to represent you on the bigger stage because you helped them get there. That’s what matters, doesn’t it? So, let’s get into it.

It was still practically empty when Redway came on stage, but he did his set and tried to get the decrepit crowd involved; they weren’t having it – at all. Some people knew the words to his songs, and he’s not bad as a rapper at all. He’s pretty dope; I’ve never listened to any of his mixtapes or anything, but I just might, because he brought energy and some dynamic to the stage even though the crowd wasn’t exactly into it. Rich Kidd came on the stage, and I’ve seen this guy perform at almost every concert I’ve been to in Toronto. Rich Kidd is a great performer. I know of him more for his productions than his actual rapping, but I’ve listened to a bunch of his songs, so he’s still around there on the STiXX Radar. As I’ve stated, they performed, brought energy, but it wasn’t thrown back to them by the audience, which is very significant of Toronto crowds, so it’s nothing surprising, but it SHOULD change. 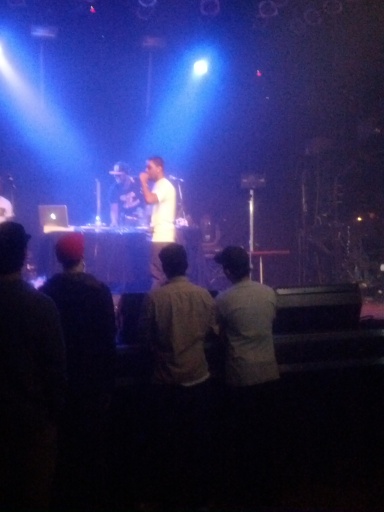 Another set of performers I’ve seen a couple of times are The 6th Letter & Raz Fresco. They’re a couple of young kids that are on the come up. 6th’s ‘Go Green’ mixtape is really relaxed and some would say that it’s made for smokers, since he’s been affiliated with Curren$y & other Jet-Setters. Raz Fresco just released his mixtape ‘Cakey Pocket$’ (I’ve yet to listen to it, but I’ll get around to it) so I’m assuming that he did some songs off of it. They’ve both been getting noticed by a lot of people; some of my American followers talk about them, so big things are definitely happening from the kids from Toronto. Their set was smooth, and it got the crowd a bit more involved, which was good because up to that point, it was pretty dead.

Some random dread came on stage, and everyone thought it was Casey Veggies, but it was his boy (I don’t know his name), but when Casey did take the stage he wasted no time and just got right into it by performing cuts from Customized Greatly 3. He was energetic in his delivery, and he sparked the life in the crowd (finally) and they were really active and involved with him. Casey frequently acknowledged that he loved Toronto, and it was his first time ever being in Toronto (he also shot a video for a song off of CG3 the same day; ‘A Milli’ I believe). He rolled through numerous songs from CG3 and it was a great time. He displayed his singing talents (he’s not bad) and pretty much focused on getting the crowd hype, which as a performer, you want. 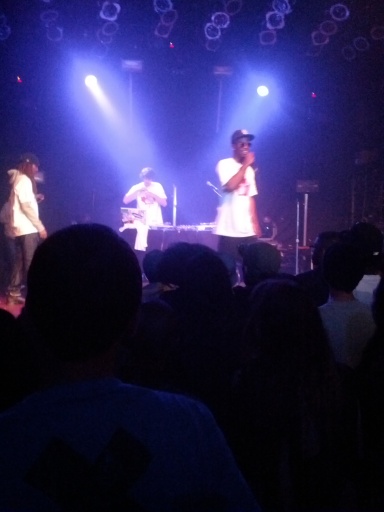 It wasn’t long at all, the concert ended at about 10:45, but for a good portion of it, the crowd wasn’t into it as much before Casey came on stage. They’re a lot of people that don’t really care about the local acts; they just want to get on with the show, and if you read my ScHoolboy Q concert review, it was the COMPLETE opposite of what I saw in Buffalo. I don’t know if it will ever happen, but EVENTUALLY, Toronto will support their own people before they make it big THEN come back before we shower them with fake love. It’s a terrible cycle, but until then, we can only be grateful that artists from Toronto recognize us as a musical city and want to come out to perform. It was another day, another concert, but for now,