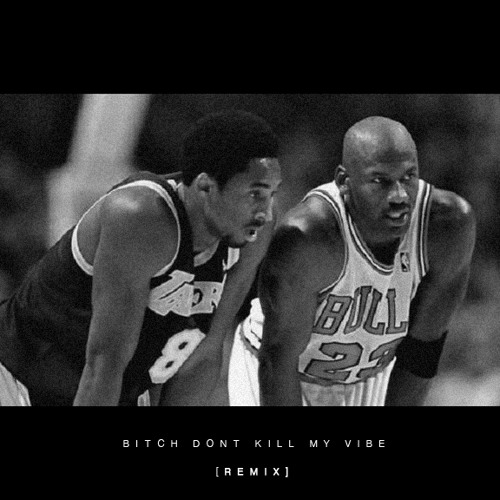 There comes a point in life when a successor has a chance to prove themselves worthy of taking over the metaphorical throne of Hip Hop. Not jumping to any conclusions, but this is one of those songs that you could (faithfully say) that Kendrick Lamar has earned his stripes in a little less than 2 years (although he’s still considered a rookie – hence the Afro Kobe). Jay-Z hasn’t been the Jay-Z that we grew up with listening to. He’s reached his peak and has descended down in his career, but still has an impact on a lot of people. There will be agreements and disagreements as to who’s the best (this is why we live in a democracy), and it’s fitting that the photo art of this track is with Kobe & Jordan (kind of a superlative approach, but we get the idea). I think that Jordan should at least be in a Wizards jersey, because Jay-Z’s career could (and should) be coming to a close soon – who knows? All I know is that, after hearing the snippet played at SXSW, I couldn’t wait to hear what the finished product sounded like. Kendrick made Jay-Z look non-existent on this; that’s being real, and it’s be honest. Hear for yourself and you make your own call. Enjoy.