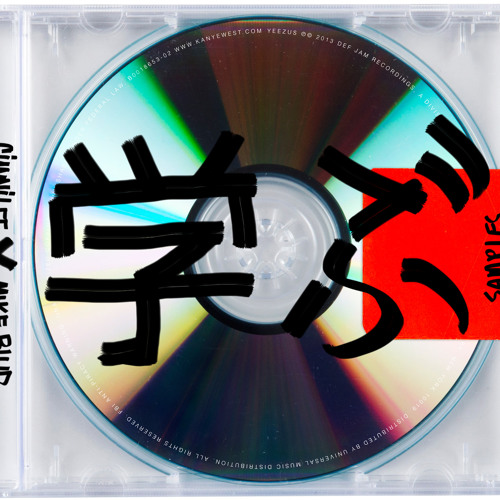 Many people are heralding Yeezus as Kanye’s best album or his worst album – either way, it’s been getting a lot of polarizing reviews (check out mine), and whichever side of the fence you’re on, one thing that you have to appreciated (because I know I do) about Kanye West is his creativity not just with the groundbreaking marketing he has around this album, but also musically, he’s always on the ball. I remember when the Sample mixtape for My Beautiful Dark Twisted Fantasy came out, I had that on rotation for the longest time (the sample for So Appalled is nuts), but now – a new album means a new sample mixtape to ingest. Personally, I’d rather listen to the samples than the album itself because there are some wicked choices that Kanye put on his album and they stretch from Rock, Reggae, Rap, Soul, and Electronic. I think that’s one reason why people either love or hate this album, because there’s a mash-up of so many sounds engulfed into one album. People may (and probably will) look down the line as Yeezus being one of those albums that shifted the music culture (not just Hip Hop), but only time will tell (it hasn’t even been a week yet). It’s only one file, so it plays all the way through for almost an hour, so do enjoy.