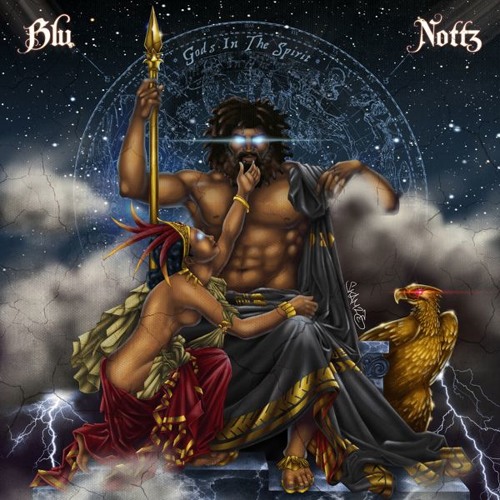 Now, a lot of people are familiar with Blu & Exile and Blu & Madlib projects, but this time, Blu teams up with Virginia (and seemingly born-again) producer, Nottz Raw for an EP that no one really saw coming (unless you’re deep underground and always ‘in the know’). After hearing a couple of tracks, I was disappointed that it was going to be just an EP, and not an album, but music is music, and Blu’s one of the more consistent rappers who have put out music in the past few years. Through the grapevine, Blu is supposed to be releasing (what I’ve been told) his final album, in 2014, so I’m sure he’ll pull out any and every resource to make it a classic, since he has a catalouge that has a few on there already that many may have dismissed for lack of mainstream exposure. The EP is dope – production is insane, and even the features make it a raw rap project. Do enjoy.