Valentine’s Day in 2014 fell on a Friday, and with Family Day on a Monday, the weekend sums up love from different perspectives. Whether it’s with your significant other, or a small family, there’s a bond that takes specific recognition between the two days, and where people see them as just marketing and government ploys to take more money, it often serves as a reminder to those about what’s important in their lives – not everyone holds values the same as others. What’s love without music? I don’t know, but I’m sure there would be a lot of misery in the air. When all of the chocolate has been digested, and flowers put into vases, the importance for music takes over and it’s music that I would be surrounded in on the day after the day dedicated to love – and what’s not to love about music?

There were a bunch of acts that ranged from country to rock (which weren’t my particular sound to groove to), but it was one artist in particular that I was keen on watching, and it was Daniella Watters. I had met her at the Emerge Artist Showcase in late 2013, and she left an impression that I had to witness her again, and witness I did. Toronto has a knack of producing great singers, whether they get top recognition or not (Melanie Fiona and Rochelle Jordan for examples). It doesn’t end with just them, and the talent that is coming out has a good chance to have longevity for years to come; the support will follow from there. 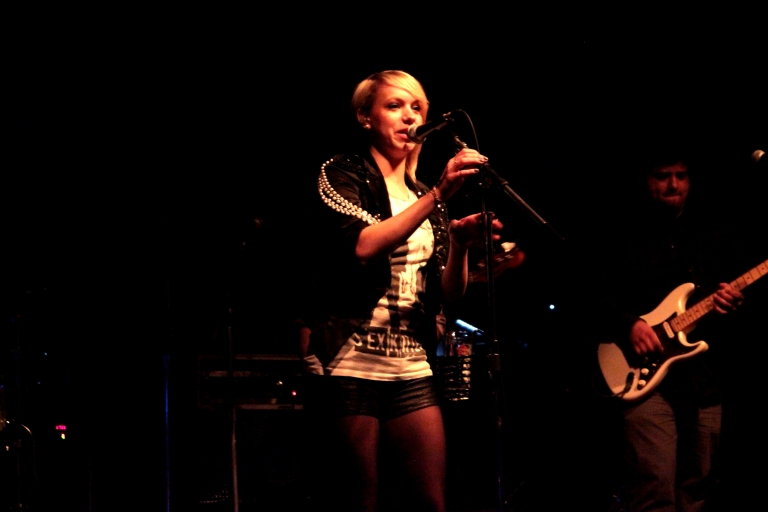 Daniella took to the stage, and with a full band on hand and churned out an eight-song set that had a great mix of upbeat and slowed down sultry slow jams that had myself, and other people peppered in the crowd, moving and grooving. Songs like Missing My Love & Take Me Away were upbeat, and it wasn’t just her singing, but it was the band as a whole that provided entertainment throughout. There were times when the music overpowered her voice so I couldn’t exactly hear everything, but there were examples where her voice shined brightest. In This Moment and It’s Not Your Fault were a couple of my favourites because when you look at singers, you want to hear the range of a singer that they’re able to work with and she has a great voice, no doubt about that. The energy that she gave off while performing showed that not only is she a singer, she can entertain altogether. She had the look of a rock star, but the voice would have surprised you if you hadn’t heard her before. 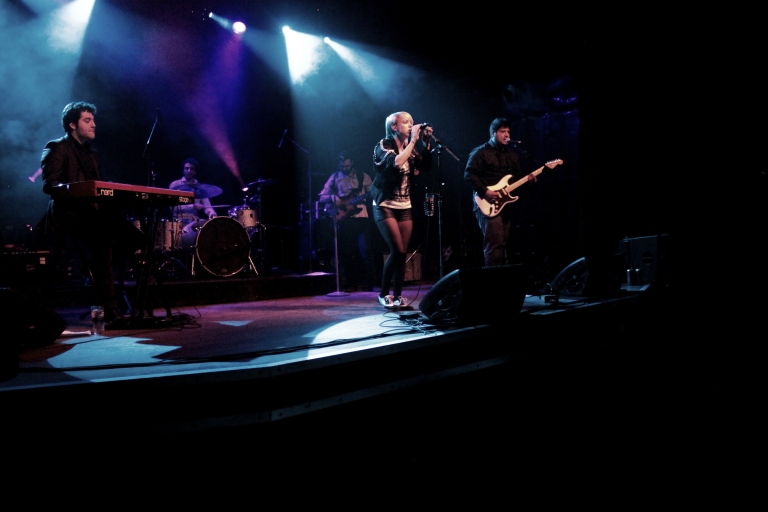 Where there was a little bit of a hiccup was when she did a (fan voted) cover of Prince’s Kiss. There was a choice between Prince and The Beatles, and the fans chose Prince (a lot of people in the audience weren’t as enthusiastic about that, which was surprising). There is no perfect Prince cover, because covering Prince is just difficult in itself, and I haven’t heard one that was overwhelmingly great. Daniella’s cover with her band was actually pretty could, but to re-emulate Prince’s voice and style is difficult, but she laid it down and it was by far the most crowd pleasing song of the night at that point.

What I took away from her performance was that Daniella Watters has a great voice and she has the potential to be an entertainer if given the opportunity to do so. Whether the songs are slow and smooth or upbeat and groovy, she showed that she has diversity in style and isn’t limited to just one style, whereas most are just textbook singers that don’t have that extra bounce in their step. I enjoyed what she put out on stage, and I hope that she continues making music and grows her fan base. It’s the love of music that makes the world go ‘round, and as a cap off to Valentine’s Day, Daniella did it justice. Check out her music, and definitely stay tuned for what she’ll be able to bring out. Until the next show