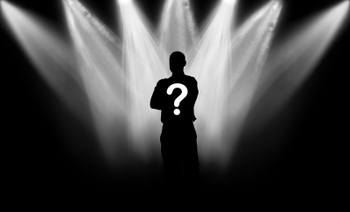 Who are you? Are you sure that you have everything figured out as you step into a new calendar year? Are you currently in the process of discovering your self-identity? No? That’s fine. Quite frankly, I have an idea of just who I am but I’m nowhere near thinking that I have myself completely figured out, because everyone is a work in progress, and also there’s no set time as to when you have to have everything all sorted, but obviously you don’t want to put things off year after year. One of my first video blogs came as 2009 was just beginning and the key phrase for it was “09 is Mine.” Looking back at 7 years past with that mentality, 2 apartment buildings ago, a couple of jobs ago, there are still things that resonate with me that I can certainly carry over into the next year or the next 7. It’s all about progression, and it’s about finding, solidifying, and strengthening the consistency that makes the life experiences more enjoyable. This year was a challenge but I attacked it headfirst like I do many things in my life. It was my first full year living on my own, I had financial stuff that was new to me, I was able to work on several projects that changed the scope of where I want to be at professionally, I finished my first draft of a script I want to make into a movie down the line, I worked on a documentary, spoke to a group of kids in my community about making it out of a region that isn’t set up for me to excel, and I found something in someone that I liked a lot and want to continue to share my time with. There were many good things to celebrate in the year 2015, but as I sit here, New Year’s Eve is always a day that I dread. I’ve never enjoyed it, and the events of NYE 2010 still haunt me to this day as much as I’m supposed to let that stuff go.

“I place blame on you still, place shame on you still
Feel like you ain’t shit, feel like you don’t feel
Confidence in yourself, breakin’ on marble floors
Watchin’ anonymous strangers, tellin’ me that I’m yours” – Kendrick Lamar (u)

The negatives are still there to balance me out because with the good, there were also times where I absolutely wanted to run the other way and question myself if I made a mistake. There are no mistakes. There are just situations that are set up that you can either strive from or suffer a loss but let it be an example of what not to do. There’s more that I need to work on in terms of being more conscious about being a citizen of the city, being an active resident, and also doing my part to combat laziness and complacency. It’s easier said than done, but I worry about a lot of things. Every day there’s something in the news about another Black life being taken away, and sometimes I do wonder if I’ll be the next one that’ll be turned into a leading story on the news. I wonder if I’m being a good enough person in the world because I don’t give money to every homeless person I see on the street although I have change in my wallet. To have a big heart is to be concerned about the lives of others and to hear them out when they’re down. I do my best to make time for all of that, but I do in fact need to be aware of my own sanity. Anything can happen on any given day, and I can’t live out of fear of outside forces that I can’t control. I think too much, and I create scenarios in my head that don’t justify being worrisome all the time. I annoy myself to the point where it doesn’t make sense, and I’m trying to battle that. I need to do a better job when it comes to taking care of me, and I certainly didn’t do a good job of that in 2015. I focused more so on building my professional life instead of maintaining my own health (both physically & mentally), and that’s scary. The brain is able to handle many things at once, but balancing out the priorities is where I did struggle. The importance is to survive, but it’s also to enjoy life. I’m still learning that ‘enjoy’ part, because certainly I haven’t done enough of that.

2016, for me, is about getting back to the basics and understanding that if I’m not enjoying my life while making positive strides for future endeavours, what is the purpose of living? With the new things that have ushered their ways into my life, I need to understand that I have let go of things that are of less importance and focus on what’s in front of me to grow & cultivate. I’m at fault for not replying faster to emails, for not showing as much support to people like I used to, and being there for people like I should be. I feel guilty. I don’t know why, but I do. I feel like I’ve done my best to do great things for myself & others, but there’s this hovering guilt that still haunts me. So really, as I enter the new year, who am I? Who do I want to be? I look forward to the many opportunities that lie ahead of me, but I clearly still have personal demons to shake. Hopefully I’ll be rid of them as I move forward. Be blessed, be well, and have a safe & prosperous 2016.