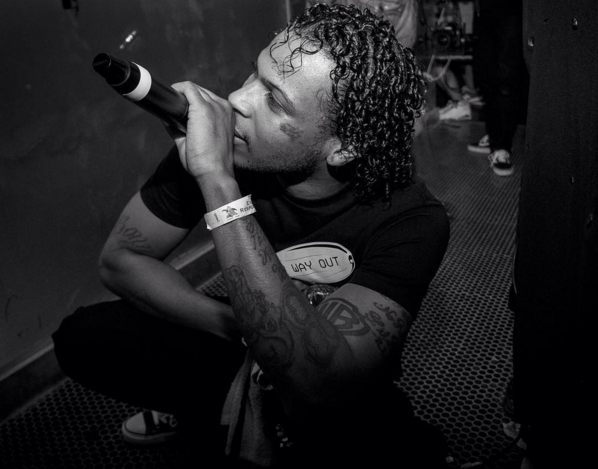 For work, I had to edit a little demo reel, and part of the footage was riding around Compton and it has a host checking his friends and chilling with them at different spots (I wish it could be released in public, but it’s for internal eyes only). Regardless of that fact, there were a bunch of lesser-known rappers (not to say that they’re not known, I just hadn’t heard of all of them). DUBB made an appearance with a rapper who had a striking image to a young Eazy E (blame the Jheri Curl), and he goes by the name of G Perico. While I was doing my edit, I felt it was best to check out music from the different artists (out of personal interest & if I could enhance the cut), and while I was familiar with DUBB’s already, Perico’s vocals and his delivery certainly didn’t ease up off of my Eazy comparisons, but he definitely has his own voice to stand out for me to listen to him more.

This is the first song I heard him on. Killed the verse.

As a member of the Broadway Gangster Crips, that bravado is certainly evident in his music, and it’s West Coast sonically to the core from the first track on his most recent album, Tha Innerprize Two. There’s nothing more appreciative of an artist who has a sense of traditional values to their sound, paying homage to their home turf and overall keeping it authentic. It’s one of the reasons why the West Coast is really on another level right now in terms of all the music that’s been coming out as of recent. You look at the notable younger Crip rappers, and you can tell that they have a similar vibe, but yet are all different in their own light. Just like how Nipsey, ScHoolboy Q & Vince Staples aren’t the same, but each have their own Crip stories and own sounds to accompany them.

Being that I’m still new to his sound, I’ve already been locked into what he has to offer and can only hope for more to come. In the meantime check him out