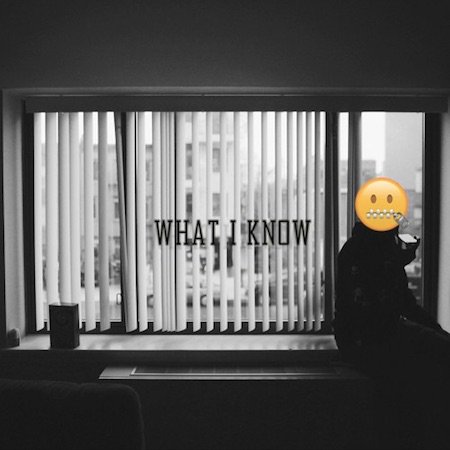 First of all, before I even get into the single, if you haven’t listened to Live From Rocky Mountain yet, don’t even read the rest of this until you do, because you’ll understand why I believe in this kid. When he used to go by The Flan, I wasn’t all the way up on his music, but the name switch and the music that followed through, I had to convert, no question. There’s a lot that’s going to be heard & seen from him in the near future, so the best decision that I could advise would be to “do ya googles” and catch up on him. He’s been on his grind consistently, and it’s only a matter of time before he blows up, which is the trend in these parts joining the likes of Brampton companions: Alessia Cara, Tory Lanez, and Roy Woods.

This track felt like a warning shot. Scratch that, it is a warning shot. Set yourself up for a run, and let people be known that something is coming for the people to hear, which was evident throughout the heavy-hitting haunting beat which Derin flowed over so effortlessly. Can’t wait to see what he has next up, but like I said, do your homework and get caught up with the young gunner.