It was only a matter of time before we had the two latest TDE signees on a track together, and here we have it. Judging from who they signed, it’s obvious that TDE has a unique ear for just what they want to add to their stellar roster already. Isaiah flew under the radar, and SZA seemingly came out of nowhere. Having the unknown artists come into the limelight is something that’s common and doesn’t require me to explain that, but really the signings came from out of the blue when you consider who was out there to be signed (although Chance the Rapper already came out to say that he turned down TDE’s offer). 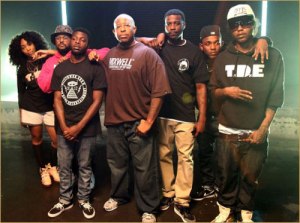 As for the song itself, the beat is smooth, and the concept of it being that (from a Black person’s point of view), flaws and all, stereotypes and discrimination towards our own kind, there’s still love that goes out to our own people given how far we’ve come as a race (or how far we’ve been setting ourselves back, depending on who you speak to). I saw somewhere that someone compared the track to the likes of a Big Boi & Erykah Badu collaboration, which many would agree with, but let’s just give them their own lane to create. It’s a dope track, and of course one always has to wonder if a project from either or both of the new members is on the way. We can only wait and see. Enjoy in the meantime.