It’s a new year, but the consistency brought by the Chicagoan, Sean, has never changed. He’s back once again for another entry in which hits home for many (including myself) when it comes to ‘Swag’, but I won’t spoil it. Enjoy.

“But every song’s like ‘gold teeth, grey goose, trippin’ in the bathroom.
Blood stains, ball gowns, trashin’ the hotel room.’
We don’t care, we’re driving Cadillac’s in our dreams.
But everybody’s like ‘crystal, Maybach, diamonds on your time piece.
Jet planes, islands, tigers on a gold leash.’
We don’t care, we aren’t caught up in your love affair.”

The song is catchy, but the words above are anything but false. We live in a world where sneakers and cars dictate your popularity, gold chains and gold bottles prove your wealth, and stunting on Instagram or Vine is the hot thing to do. 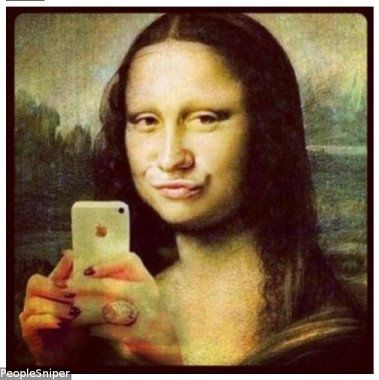 It’s not our fault, though. The world around us has led us to believe these types of things show how rich you really are. Musicians who were once hungry for fame have fallen victim to fortune. We would rather pop mollies because “that’s what the stars do” than educate ourselves on the war on drugs. Placing filters on your nugs of weed is cool, but what about learning about the history taking place in America regarding recreational marijuana use?

We live in the era of “Swag”, and I f***ing hate this era. Perhaps there is no single moment you can pinpoint as the birth of “swag”, but its meteoric rise is astounding. It has made its way into our lives quicker than any of us could have imagined. If you’re unfamiliar with “swag”, let me define it for you:

“Swag”, short for “swagger”, essentially describes the way one handles him or herself. It can be used to describe material things, like shoes or cars, or just the way you carry yourself.

Now that you have a general thought of what “swag” means, let’s continue…

While “swag” may be something cool to say at a Lil B concert (my goodness are those fun), it has been constantly overused by the youth. Everything is “swag” or “swagged out” to kids these days. I swear, if I ever hear my Granny say “swaggy”, just grab me the nearest knife so I can Van Gogh my ears off.

It’s as if there is no other word to describe something. Did we forget what synonyms are? I’m pretty sure “swag” is in the dictionary as a different meaning than the slang term that I gave, so looking in a thesaurus would be a moot point, but context clues should give you an idea of a similar word to say. 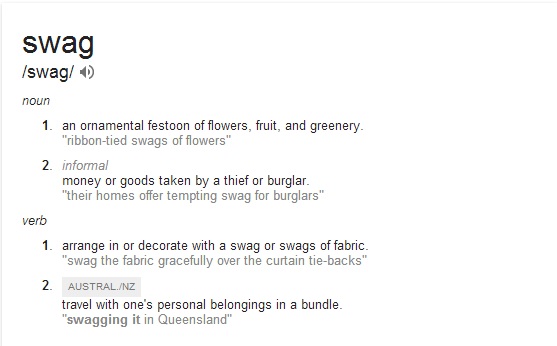 Even worse, our own personal definitions of “swag” have been completely misconstrued. In today’s world, if you want to have “swag”, you have to drive nice cars & smash and dash Tumblr models with less worth than Tiny Tim has in his bank account. The youth of the world thinks that in order to be worth something, you need to live a lavish lifestyle full of Basquiats and discount purchases from Karmaloop.

Do you want to know what “swag” is to me?

Having a degree. Taking care of your family. Coming home from a 9-to-5 with food on your plate and the love of your life to kiss.

That, my friends, is “swag”, in its truest definition.

You don’t have to participate in a “Selfie Olympics” or become a Vine celebrity to be “swagged out”. Trying to impress other people doesn’t prove that you have “swag”.

It proves that you’re a lame.

Years ago, teenagers engaging in sex was a taboo topic. You were looked down upon if you lost your virginity at an early age. Nowadays, 13-year-old girls are now saying they’re “proud to be virgins”. Excuse me if I’m wrong, but you are 13. I believe still having your virginity at your age should not be a badge of honor, but rather something you’re supposed to be.

But I guess that’s just another example of the “swag” era that we live in now. If you’re abstinent through high school, you’re a dork, but give it up to the quarterback of the team that threw 3 interceptions last game, and you’re queen bee of the school.

What a load of crap.

I gave away my Twitter account recently and started anew. The reason was mostly for professional reasons, but at the same time, I realized how trivial most of the topics being discussed on my timeline were.

In short, I grew up.

I’m 22 now. The things that most found cool – the leaking of naked pictures or trying to make others think like you – weren’t cool to me. I looked at my timeline and saw sheep, just following the herd.

I don’t care about what is “cool” to most people. I’m me. I like pro wrestling and the Chicago Blackhawks. I don’t drive a car. Hell, Chicago public transit, albeit aggravating, has made it pointless for me to have a driver’s license. I’m an introvert who’d rather stay in or chill at a dive bar with close friends than go to a club full of people I hate. I’ll take beer over Ciroc any day. I look at women for what they’re worth, not for what their cup size is. I rock Jordan’s with Levi jeans and, unlike some of you, my white tees are Fruit of the Loom.

And to me, I have all the swag in the world I need.

You don’t need material objects to have “swag”. The way you conduct yourself out in the real world shows how much swag you really have. You don’t need to be a sneakerhead or pull easy chicks on a nightly basis to be “swagged out”. Being yourself, no matter who you are, not conforming to what society thinks you should be like, is “swag” enough.

I’ll never understand society’s need to be accepted by the rest of the world.

I’ll never be a royal. I’m fine with that.

My “swag” is greater than most without trying.