A while back, I did a couple of write ups of upcoming rappers from the Midwest, because I felt like that region is truly overlooked when it comes to the talent that they can produce, although Chicago & Detroit have clearly shown evidence of success, but when you have states like Minnesota & Wisconsin that have Hip Hop scenes of their own, they deserve recognition. Milwaukee, Wisconsin is one area that I focused on, and since it’s not far from Chicago, it’s easy to be overlooked. It’s like Toronto & Hamilton (but, it’s Hamilton – we won’t get into that). The great thing about Twitter is that you have the ability to talk to people who live all over the place in an instant, and that’s where Jhon Myquale comes into the picture. I was forwarded his EP by a follower of mine (as usual) who happens to be from Wisconsin, so it was only right to give it a listen. 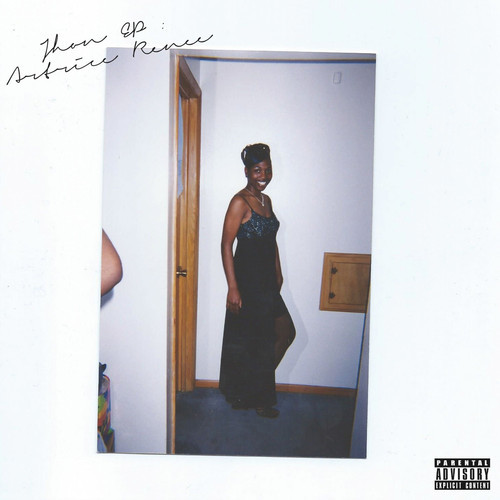 I like how it started off with people singing him happy birthday, and funny enough, he released it on his 18th birthday, which makes it more significant on his end. I liked how chilled of a vibe it was in the beginning (he also took care of production on the whole EP, which was very impressive), and the vibe didn’t drift off very far for the duration of the album. As the album got into it with Hakuna Matata, he didn’t sound like an 18-year-old at all. There’s a great deal of maturity that is present, and when it’s revealed that he lost his mother, it gave me the impression that it was a very personal and emotion project that he put work into. Being a child of a single mother, I can’t imagine losing my mom, especially so young, so I commend Jhon for persevering. It really only took 1 track for me to grasp the talent he possessed; the rest came extra, but I was all for it.

If you were to ask me which track was the best on the album, there’s no clear winner, because the storytelling and dope production (along with great background vocals) is consistent throughout, which is evident on When It Hz (Hertz) So Bad; Love & Music caught me because of the Corinne Bailey Rae sample of Closer (I was trying to figure it out for the longest time) on the lady dedicated track that had a rough, yet sophisticated approach that was overall enjoyable. Milmatic used the Justin Timberlake Strawberry Bubblegum and added some punch to it to provide some bounce, as he did on Celebration.

Overall, the EP gives you a dose of what makes up Jhon, and production was really the selling feature for me, not to take away from his lyrical ability. You hear a lot of people try to do production and also rap, but when you come across well done projects from start to beginning, they stand out more, and this one definitely stood out to me. As his Soundcloud shows, he’s put out quite a bit of music, and I don’t see that stopping anytime soon. Check out the EP, I’m sure you’ll enjoy it.