It has been a long time coming for me, personally to see ScHoolboy Q in Toronto. I saw (and met) him and Ab-Soul in 2012 in Buffalo, and then for his set at Made In America in 2013, but never in the city of Toronto because for the Kendrick Lamar show in 2011 in which he was supposed to show up, he couldn’t cross the border. Sad times. He was supposed to come for the Under the Influence Tour with Mac Miller – didn’t happen. Also with A$AP Rocky – didn’t happen. I just had a feeling that he was never getting in because the good ol Canadian government makes sure that they don’t let anyone with a felony charge (especially rappers) through the border to perform for their fans. That changed when it was announced that Q would be accompanying Jhene Aiko on The Weeknd’s King of the Fall tour, which he’d be going to Montreal & Toronto (I did not attend said show) for the first time in his career. That got me excited that possibly he’d be able to finally bring his Oxymoron tour to Toronto, and that he did.

Trekking to concerts in the winter can be a hassle because of the cold weather, having to stand in line and whatever else, but it’s worth it in the end to see one of your favourite rappers perform in your own city. It never gets tiring; simply rewarding. I just wasn’t looking forward to the fact that it was originally a 19+ show, but got switched to All-Ages (gotta sell tickets), and because of the rowdiness that preteens and teens alike bring to these shows with their moshing and excessive behaviour (blame Odd Future), there was an aura that it was going to be ridiculous, but I was hoping to be proved wrong this time around.

One opening act. That’s something that is rare when it comes to shows in Toronto, because usually you’re thrown with at least 2 or 3, which is the time where the majority of the crowd is locked into each others’ conversations or locked into the gazes of their phones telling Facebook and/or Twitter how much this person sucks and that they just want to see the main act perform. I’ve done it; we all do it in Toronto. It’s just the Screwface nature. This time around it was different because Mississauga’s own, Redway actually dropped heat with his Years Ahead EP (one of the best to come out this year, I should say) and the production on it was made for it to be performed on stage. Being as he was the only opener, he didn’t waste any time getting the crowd amped as he went into the aforementioned EP by performing the title track Years Ahead, Rollie, E.N.V.Y/Right Now, and finished it off (with full crowd participation) with Y.K.T.O (You Know The Ones). Given ScHoolboy Q’s nature of music that gets you hype, it’s good that Redway received the pleasure of lighting the match to get Sound Academy fired up.

It was time for the man of the hour to grace the stage, and that he did, masked up as he performed Fuck LA. I could only imagine that he was hot, because there were a lot of people inside and those lights get hot, but on with the show he went and the crowd responded well. Q is a humorous guy and he often engages with the crowd (as he did in Buffalo by having someone perform a song with him). This time was no different as he asked the crowd if they were real Q fans, and mentioned when he was supposed to be here in 2011 with Kendrick; you’re damn right I was yelling. He thus then played a snippet of iBETiGOTSUMWEED, which about a good chunk of the crowd had no idea what song it was (the children make my heart hurt). That wasn’t the only time he went back to playing something old. He also performed Blessed (minus Kendrick of course), Druggys Wit Hoes Again, and Hands on the Wheel.

Being an older fan, it would have been nice to hear others, but since the emphasis was on the current album, I couldn’t be upset. From Oxymoron, he performed What They Want, Break The Bank, Collard Greens (again, minus Kendrick), Studio, Hell of a Night, The Purge, Gangsta, Yay Yay, Blind Threats (produced by Toronto’s own, Lord Quest), and what would the show be without performing Man of the Year? He saved that for the end and it was the one song that a lot of people were hoping to hear anyways. The crowd turned up, hands were up, people were jumping, and it was a good time. 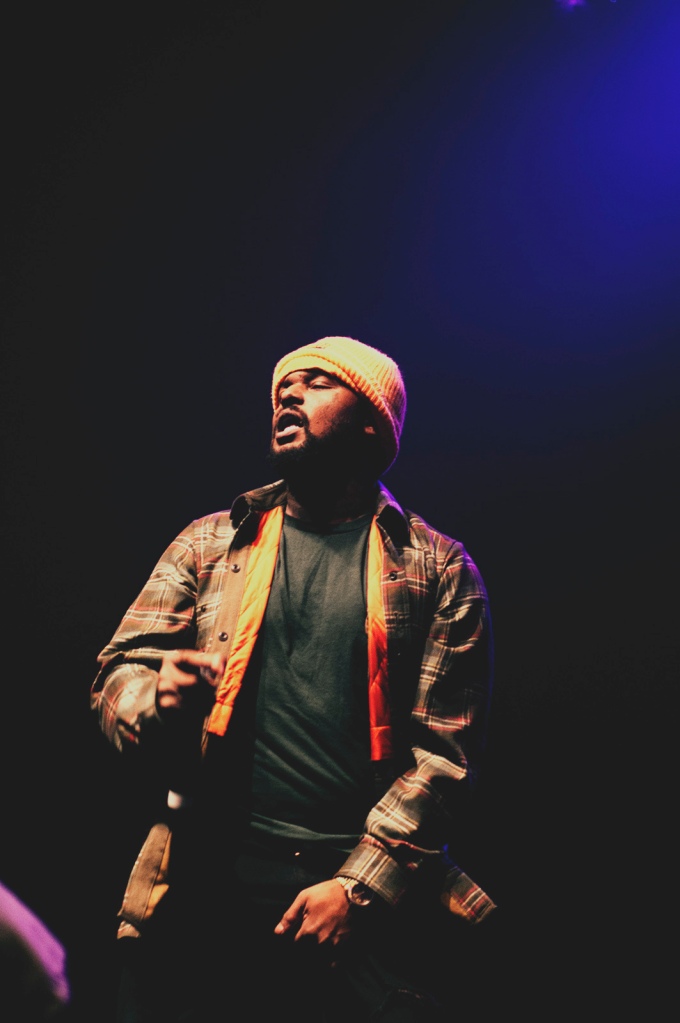 There was one song from the album that I really wanted to hear because I know it would have set the place on fire, and that was the 2nd half of Prescription/Oxymoron. While everyone was filing out towards coat check (which I happened to make $10 from just standing in line), the crowd at the front of the stage was chanting “One more song”; I didn’t think he was going to come back out, I’m almost at the door to get into the coat check line, and then that’s when I hear the opening piano keys that lead into Oxymoron. My eyes lit and I had to push through the wave of people in my presence to get to a clearing so I could turn up. He did not disappoint, and if my voice wasn’t gone already from the set that Q so generously extended beyond the 45-minute mark to an hour and thirty, it was definitely finished when he performed his encore. 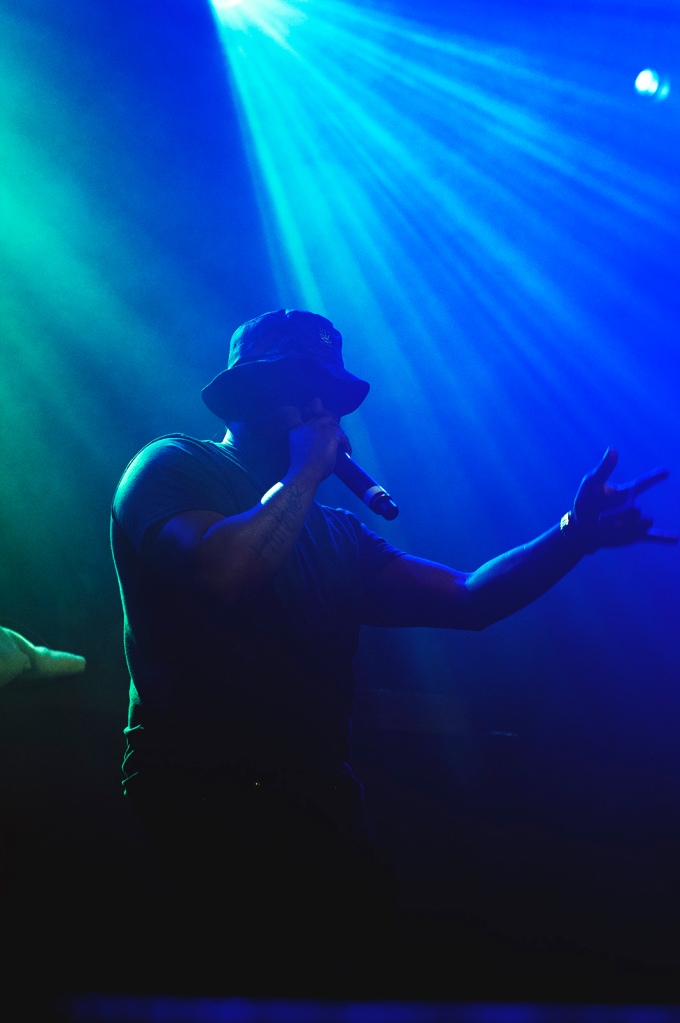 The night had been made, and no negative number in temperature could be a force against me in any way, shape, or form. I’ve seen all of TDE live already, but on their own, all there’s left is Jay Rock to have his own show and the cypher will be complete. ScHoolboy Q is a common go-to artist on my iPod and if it’s not for the hype, it’s for the groove. He has a well-rounded approach to his game and his live performance showed why. It was worth the wait, and thank you to Canadian Border Services for letting the fat boy through. Check out the rest of the photos here, but until the next show