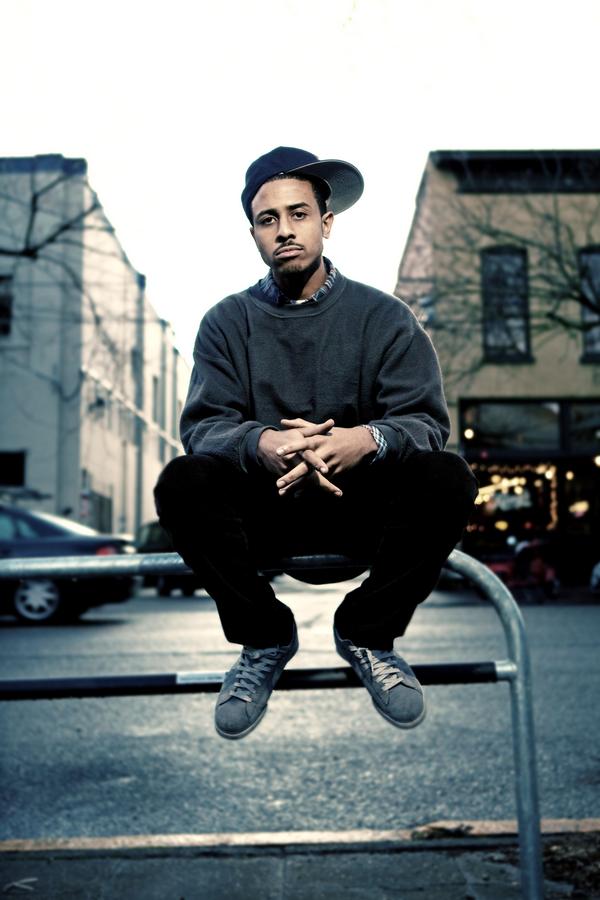 At first, I thought that this would be a difficult rapper to do a profile on, but now that I think about it, it’s really not that difficult as I’m making it out to be. This is one of the more interesting, mysterious, and talented rappers I’ve ever heard. But like I’ve stated previously, I’m not a hip hop expert, but I do know some stuff about what’s good or not. He’s great. Bottom line, no arguments about that, and the crazy thing is, he’s been in the game for so long, it was only about a couple of years ago that people found out about him because of the XXL Freshmen ’09 list. He didn’t really blow into the mainstream light, and probably won’t for a while, but his music is definitely in need of MAJOR appreciation.

The first reference I had to Blu was on twitter in 2010, when I was asked my followers for some music, and I’ll never forget the 2 mixtapes that I was referred to were Bar Exam 3 by Royce Da 5’9 (who just HAPPENS to be in Toronto tomorrow, ironic) and Below The Heavens. Shout out to Carlos & Nathaniel for putting me on. BUT…at first, I didn’t download Below The Heavens (why, I don’t know), but when I eventually did (like a year later), I was amazed. Someone with a great vocabulary, with a distinct background, and such a unique flow rhyming over soul beats provided by Exile.

He comes from a background of religion. His father didn’t allow him to listen to hip hop until later in his teens, and he was instilled on Christianity and the values of life. That wisdom transcended into the lyrics that he blesses the listeners with. The way that he describes the simplest things really doesn’t catch on to the average listener. He’s very thought provocative, using complex rhymes in his lines but at the same time making it all flow together, or he can just use the most basic words and string them together in an encoded fashion (Example: XXL 09 Freestyle).

Blu’s catalog ALONE, makes it really impossible to just highlight one specific project that is sheer fire, because he just keeps on putting out so many projects, that at times it’s hard to keep up. Just last year, he came out with J E S U S, No York, & Give Me My Flowers While I Can Smell Them, and those were just independent albums. He has instrumental albums (Open is my favourite one), he has EPs, mixtapes. Like, this guy just loves to put out music, at all times, and he doesn’t care. He’s one of the great underground artists that is among us right now, and I want more people to get to know about his music simply because of the mainstream stuff that is playing right now, there’s no ground substance. I’m a man that likes to hear content that I can relate to. I’m not all for the trap music at all times, even though some ignorance can be tolerated at times, but overall, you give me a solid beat meshed with some raw lyrics, you’ll capture my attention. And that’s essentially what Blu has done with his collective body of musical work.

A lot of people that I’ve spoken to have either heard of Blu, or they’ve listened to a song and haven’t thought much of him, but I’m telling you that you have to really sit down and take him in. He has a lot of projects to start with. I’d personally start with Below The Heavens, and work your way from there. No York was arguably a top album of 2011 that wasn’t publicly released. He has a lot of talent, and it shouldn’t go unrecognized. This year, he’s releasing a collaboration album with legendary producer, Madlib. If that doesn’t get you the least bit excited, then start your homework, because you will hear more of him sooner or later. But, for right now