Toronto continues to surprise and amaze me with the abundance of talent that simply flows through the city as deep as Yonge street runs – it’s amazing. The fact that so many acts are able to fly underneath the radar is simply astounding to me, but it doesn’t serve them justice if they don’t have the platform to showcase what they’re worth. The urban community is one thing, but the city as a whole needs to appreciate just what they have, instead of them going overseas to create popularity only to come back with open arms; when we’re ready to claim them as our own.
I had the absolute pleasure to bear witness to this band just last night (Feb.24) at a local event that showcases rich talent (rich as in prosperous, not monetary). The only type of band like this that I know of in the city is Vibonics (which I’ve frequently posted about), but they brought a dynamic that brought the audience in a wave of praise and pretty much enlightened the eyes & ears of many who were in attendance. I had to immediately (after sleep, of course) listen to their music, because the live set was just phenomenal. 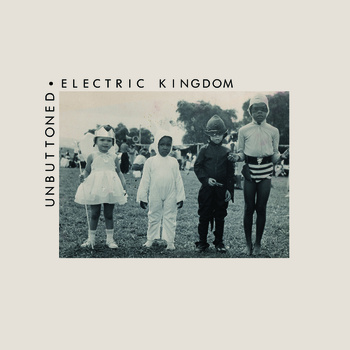 The thing about bands is that you don’t know if you’re going to get the same dynamic from their on-stage presence, translated into a studio setting. This wasn’t the case, because you can still feel the smooth composition of the art being laid down. Electric Kingdom brings a flavour of new school and old while the combination of different instruments and great vocals make you want to dig deeper into the music. I have to shout out Casey Manierka-Quaile – the forefront of the group, for his vocal strength and piano skills that enticed not only myself, but also wowed the audience.
This Feeling and Now vs. Then are songs from the album that stood out from the live performances, but the album as a whole is entertaining and definitely shouldn’t be overlooked more than it should be. If you have the time (I know you do), and you can afford $5 (I know you can), I recommend you take a listen, even if you’re a stranger to the alternative R&B, which seems to be the new wave taking off. Enjoy.

One thought on “Unbuttoned – Electric Kingdom”