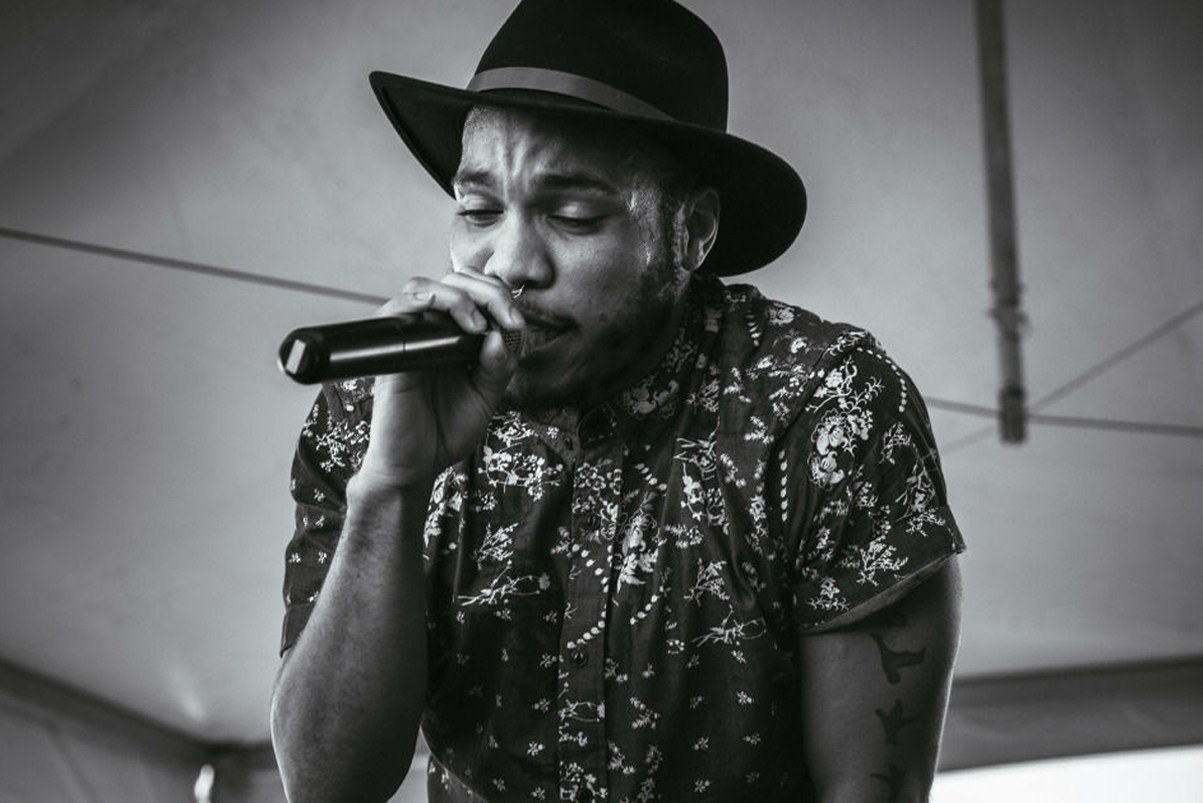 When it comes to voices, there are iconic voices that just stand out and you appreciate them more than others because they carry a distinction that separates them from their counterparts in a time where it seems like everyone sounds the same. In modern R&B where traditional has gone (essentially) the way of the DoDo bird, and the term ‘contemporary’ comes into form, there are many voices that sound similar to the point where you can’t even tell who you’re listening to on the radio. Between the Chris Browns, Trey Songz’, Ty Dolla Signs, August Alsinas, and Jeremihs of the world, you have the likes of Frank Ocean (whenever he shows his head), BJ the Chicago Kid and Jesse Boykins III where they seem to get the short end of the stick because they don’t have they sound of what’s popular out, but I think there’s been a not-so-silent-revolt that has wanted a call for change, and in comes Anderson .Paak whom I first heard while listening to Flying Lotus’ Residency on BBC Radio 1, while highlighting the samples & songs that inspired the music from Kendrick Lamar’s Sophomore album, To Pimp A Butterfly. Suede was the final song on the album, and it was the beat that caught me at first but as soon as Anderson kicked in with the vocals and the flow to ride the beat, I had to find the adulterated explicit version on Soundcloud or YouTube, because I had to have it on repeat. It was just that good.

I had grown to become more of a fan of Knxwledge because of his work on TPAB and his instrumental tapes that I discovered thereafter. So to know that they were working with each other, that fuelled more of my like for Anderson, but I didn’t dig deeper into his music outside of the one song. That would change, when Dr. Dre dropped the bomb that he was releasing Compton ahead of the release of the movie Straight Outta Compton, in which the music was inspired by. It was good to hear Anderson on a variety of beats as he floated across hooks left & right (noticeably his verse on Animals). It’s the raspiness of his voice that caught onto me, and he sounds like he stepped out of the 60s with an Otis Redding vocal chord (with a little higher pitch). But still, I feel like I had to hear him on more stuff, although I thought I’d heard enough of him to solidify my stamp of approval.

I finally got around to listening to his individual album, Venice, and seriously I thought I heard what he had to offer, I hadn’t heard shit, because he had more to offer than vocals over Hip Hop beats.

He has an alternative sound that he likes and fits in with the House vibe much like GoldLink, which doesn’t surprise me that they linked up for a song together (Unique)

What I appreciate about Anderson’s music is that he’s versatile, and the uniqueness of his voice doesn’t place him in a box where he can do 1 or 2 styles. On Venice you can hear the variety that he brings to the table, and it’s entertaining. If you’re looking for that traditional sound that so many people desperately crave, you won’t enjoy him that much because he experiments in different avenues. If you’ve been opened up to House or Techno (Am I Wrong), you may find more of an appreciation, and also some trap is in there (Drugs being the one to provide).

I really didn’t think that I would be listening to so much music from the West coast, being that I live in the East (well North…but not Northeast), and that the main music influences for Toronto have come from Detroit & New York. I like the vibe they have in the West and that the younger artists are going back to the roots of the funk that they’ve been known for since the early Snoop days. They seem to have a lot of things brewing for our listening enjoyment, so I will certainly keep my ears glued to Anderson and just whatever he hops on. He’s already been established by his peers and some of the older heads, now it’s just on us to carry him wherever he decides to go.